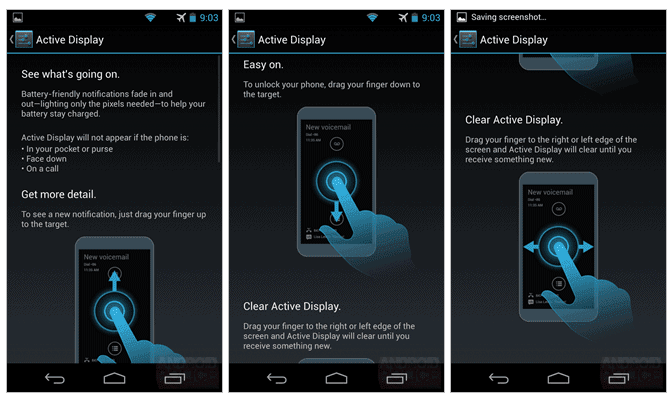 Motorola has had a lot of time in the spotlight today. They announced the new DROIDs for Verizon, and now Android Police has another exclusive look at many of the features on the upcoming Moto X. 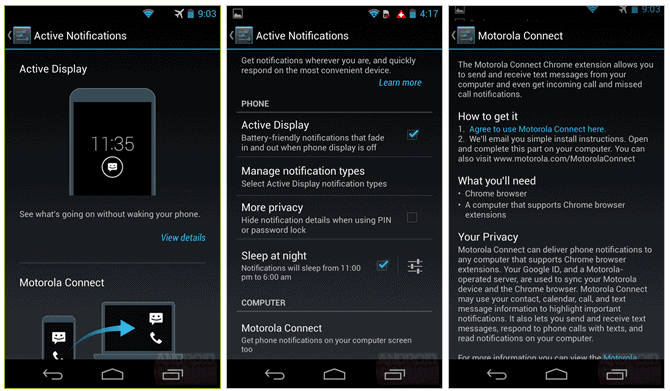 We've already heard about the Active Display and seen it on the Droid Mini, Maxx and Ultra earlier today. It basically allows  you to see notifications on your screen without turning on your display. This is pretty much thanks to the AMOLED display since each pixel is individually lit. So it looks very likely that it'll be an AMOLED display on the device. As you can see from the screenshots, swiping your fingers down will unlock the phone, left and right clears notifications and swiping up gets more details. All of the notification types are also configurable. 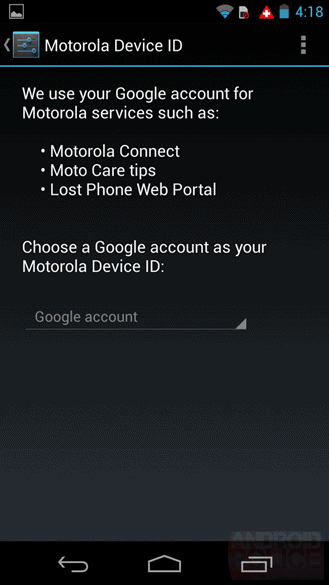 Next up is the Lost Phone tracking. Currently, Android doesn't have a way to natively track a lost or stolen phone. But the Moto X has a way to do it built in. It wasn't mentioned in the new DROIDs announced today either.  You can use your Google account as the Motorola Device ID to track your phone through a web portal. 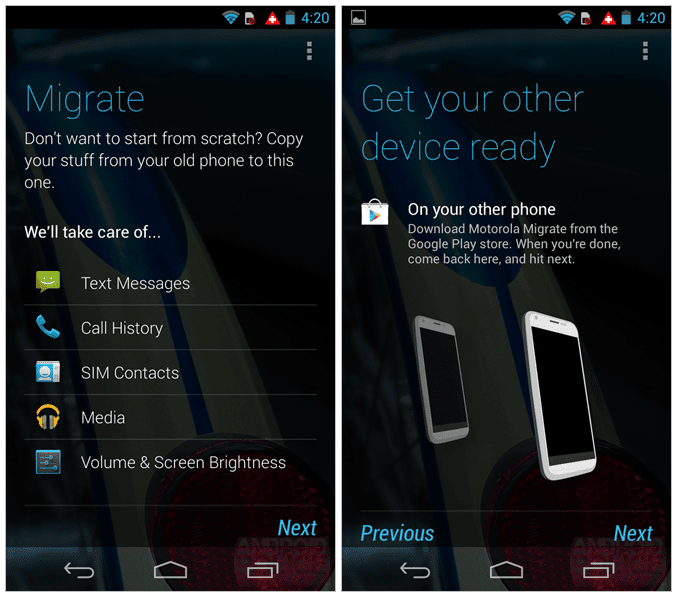 Then there's Motorola Migrate. Basically when you power up your brand new Moto X, it'll ask you if you want to migrate your data from your old device. Then it will handle texts, call history, SIM contacts, media and system settings. It appears to be in addition to Google's backup and restore.

There's also Touchless Control which allows you to  say things like "OK Google Now" to wake up your phone. The new DROIDs and the Moto X will always be listening to you. Now I'm still hoping there's a way to turn this off, which the screenshot above appears to point to that.

That's all we've got for now. But you can check out Android Police's post for all the details. I'm getting more excited for this phone every day, how about you?