What is the number one complaint of users of smartphones? Battery life. In fact, I recently switched from the Nexus 4, to a Galaxy S3 with a 7000mAh battery from Zero Lemon. So my phone can last throughout the day. We’ve seen a few phones coming with larger batteries. Like the Droid Razr Maxx which had a 3300mAh battery with a 4.3-inch display and the Galaxy Note 2 packed a 3100mAh battery in a 5.5-inch display. I think that we are at the point now where specs are about as far as they will go. The only real specs that matter to me now is the camera and the battery. I don’t know about the rest of you, but I’m tired of carrying chargers around.

Battery Technology is the next innovation. If you look at the iPhone 5 it has something like a 1500mAh battery and it does last the entire day, unless you’re using the phone non-stop. Now my Galaxy S3 has a 2100mAh battery (the official Samsung battery) and it only lasts half a day. So battery technology is both hardware and software. Anyone remember the days when our phones would last weeks on a battery? Can we have that again? 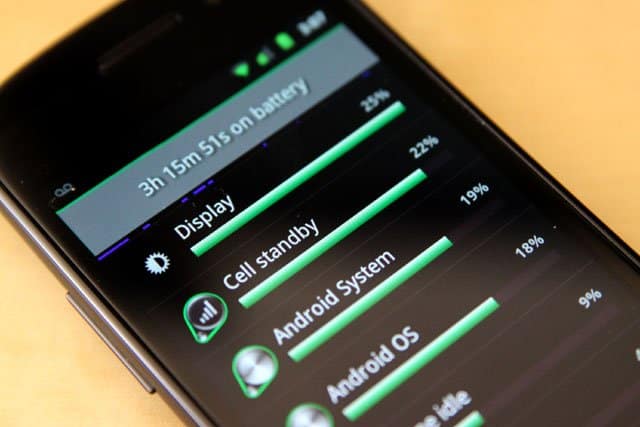 Sony has what they call “Battery Stamina” on the Xperia Z and ZL and probably their upcoming Xperia Z Ultra and Honami. I used Battery Stamina on the Xperia ZL and it makes a huge difference. It almost doubled my battery life, which completely amazed me. There’s also Greenify, which is a great app to help save your battery. On my Nexus 4 it gave me a good 6-8 hours on LTE, depending on my usage. But that app does require root access.

So here’s what I’m saying. OEMs, keep the specs where they are (1080p display, Snapdragon 800, 2GB of RAM, 13MP camera, etc.) and give us a bigger battery. I don’t care if that makes my phone thicker. I’m just going to buy a Mophie or extended battery for it anyways so it can last the entire day. Make phones a millimeter or two thicker and give us a huge battery. “I want a thin device, with a small battery” said no one ever! That new device that Huawei announced not too long ago, it’s a great looking device, but it has a tiny battery. Which means I’ll never buy it. Come on manufacturers, just make them a little bit thicker with a bigger battery inside. We’ll thank you with our wallets!

How many of you agree with me? Let us know in the comments below.