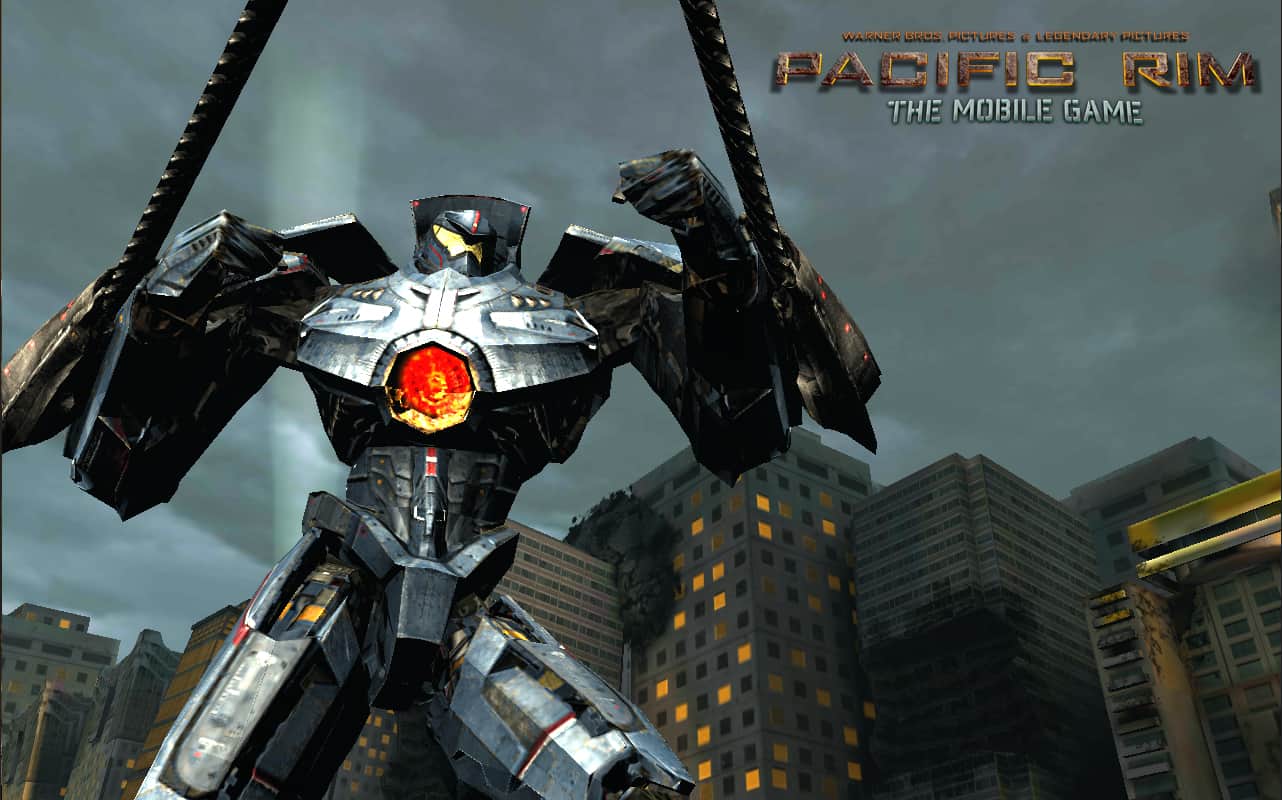 This summers newest blockbuster just got a game released that actually does some justice to the massive action that the movie has to offer. Developed by Reliance Games and in partner with Warner Bros, Pacific Rim came out early last week and has some big time action that will undoubtedly win over someone. It's pretty much a straight forward Infinity Blade clone, and following the path of Rage of the Gladiator, so there's not much that's new here in the way of gameplay style or genre, unless you've never played either of those games or any like them. You'll still be fighting and dueling enemies in a one on one battle, just with giant robots instead. The target? The huge Godzilla size monsters of course. For those who have seen the movie, the game will offer you the opportunity to square off against some of those gargantuan bastards and take back humanity's right to freedom. You must pilot your giant robot known as a jaeger and protect the world from the monsters known as the kaiju that are trying to wipe out mankind as we know it. There is a main story mode that you can follow or you can choose to fend off wave after wave of monsters to see how you can last. The story mode gives you 30 levels to play through. If story mode gets a little bland, or you just beat it too quickly cause no game can stand up against your boss level gaming skills, you can try your hand at survival mode and see how many kaiju you can take down before your wiped off the face of the planet. When it comes to the jaegers, you'll be able to pilot and customize 5 different robots with equipment and weapons tailored to your liking and you can upgrade them to help you kick more ass in later battles. In addition to the upgrades and customization's, Reliance has thrown in a research effect where you can discover new and improved tech to augment and increase your stats and attributes, making your jaeger robot even more powerful. Although the game follows pretty closely to the film, it does let you explore new events, and interact with jaeger robots and kaiju that are not completely exposed in the film itself. Controls are fairly simple and similar to others games with a battle system like this one. Its gesture based with swipe attacks and that's pretty much it. The style of play for the most part boils down to timing. So once you get that down, its all downhill. The game is $4.99 if you feel like kicking some mega monster ass.