Chromebooks and Chrome OS are a way for people to use internet quickly without the hassle of maintaining a complex OS like Windows or OS X, in Chrome OS, updates happen in the background, there’s little to no setup and by just logging in, you have all your data, even if it’s not your computer.

Sure, all of that makes sense, get people attracted to your platform and away from the competition, but Google’s mains business isn’t operating systems, it’s the whole internet, and that means Chrome OS, Windows and anything else. So they made a plan to invade Windows as much as possible, by giving the user a tool to access internet faster, simpler and through Google. Enter, Chrome the browser, which preceded Chrome OS, but seems to have taken a backseat when it comes to Google’s attention, even if they’re almost the same.

Chrome for Windows is fast, is simple, nicely designed and currently, the number one browser in the world, on top of Microsoft’s Internet Explorer. So Google decided to add some spice to the battle, and introduced the Chrome App Launcher. It’s like Google’s own start menu inside Windows, where you can launch Chrome apps like Gmail, Maps, the Play Store, many games like Angry Birds or Cut The Rope, and many more browser apps. But when you launch any of them or the many more available in the Chrome App Store, you’re not launching a shortcut to the web, you’re launching an app, that runs outside of Chrome, using Chrome’s tools and code, but independently in a separate window. You can have a window for Gmail, another one for Angry Birds and apart from that, your regular Chrome with all your tabs. 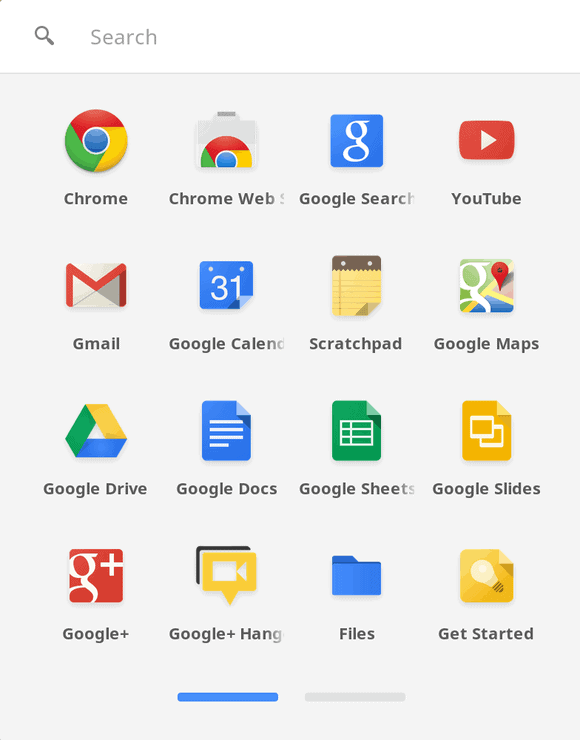 Strange, I know, but its the way Google is making developers create apps using HTML5 and CSS, guiding them into a cross-platform world, and that’s exactly what Google wants, they want you to do everything online, the more internet you use, the more they gain.

With Chrome, Google also offers some proprietary Google APIs that help developers create their apps, such as in-app payment support for example, that makes every app cross-platform, since Chrome is available on Windows, OS X, Android, iOS and even Linux, but they are becoming dependent on Google’s services and their browser, making the future of the internet, dependent on Chrome itself. Google is using developers and apps to beat the competition and force them to do thing the Google way.

These apps also run offline, but keep an eye looking for an internet connection that makes them better, more useful and synced with all of your devices. Google is gaining ground both online and offline and in every possible operating system, even if they are not the ones making it.

As for the users, Google is taking every possible measure to make sure you’re comfortable with their services, by offering sync for everything, so you can take all of your data with you, even if your machine breaks, you don’t lose anything. It’s stuff like that, or having a single password to remember instead of hundreds that make Google’s services so attractive and convenient for everyone.

I welcome this move into Google’s domain if that means that I don’t have to worry about anything more than what I want to do, my work and my pictures. Google’s offering is great and most of all, it’s free, who cares if they want to show you ads, most of the times they’re useful, so that’s even better than what anyone else is offering right now.