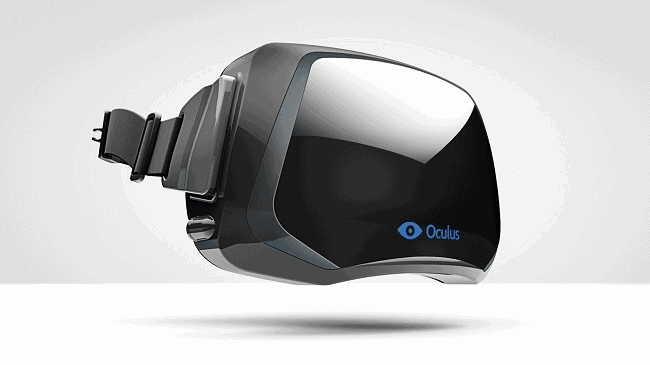 Virtual reality was all the rage in the late 1980’s and mid 1990’s. So called “goggle and gloves” systems from companies like VPL Research helped bring virtual reality tech to the forefront of consumer electronics. Gaming consoles like Nintendo’s Virtual Boy, while not commercially successful, showed us what VR tech might be able to do. Unfortunately, the hardware did not deliver a compelling experience. Virtual reality, at least as far as consumers were concerned, was just a passing fad.

There has been a recent surge in interest in the virtual reality space. Oculus VR, the company behind the Oculus Rift, has been getting a lot of attention. There are obvious uses, like gaming on your PC, that the company has been focusing on. Oculus VR also has its sights set on the mobile gaming market. We could see a future version of the Oculus Rift specifically designed for Android gaming.

Brendan Iribe, CEO of Oculus VR, gave an interview recently where he talked about his desire for the company to move in to mobile gaming. He talks about next-generation cell phones, and specifically mentions the smartphone market as one that is more innovative and fast moving than the traditional gaming console market. Iribe says:

“I love consoles but internally we’re a lot more excited about where mobile’s going to go, and being able to plug it right into a next gen cellphone. It’s the innovation, and how fast cellphones are now improving – where we’ll be with the next Galaxy or the next iPhone compared to where consoles are.”

He says he welcomes competitors in the virtual reality space as well. Competition in the smartphone arena is stiff, with an ever-quickening flow of new hardware and new software. Iribe says that competition will “speed up the development of the medium” in a similar fashion to smartphones.

Iribe also mentions the social aspect of gaming, and talks about how VR could impact it. “I think a lot will come from the social and emotional side that nobody has even seen yet… There’s a lot of emotion you can spark in [VR] that you just can’t on a TV.” Thinking about Android gaming, this is very exciting.

There are hurdles to joining VR with mobile technology and mobile gaming. The Oculus Rift is not a small device. It’s not easy to carry, and it’s not something you can pull out while standing in line or waiting in the lobby of a doctor’s office. Price may also be a factor. Oculus VR has a target price for the Rift, set at $300. That price point is probably not conducive to mass adoption by mobile gamers when they can purchase  game on their phones for about $3.

Iribe mentions concentrating his teams efforts on “a next gen cellphone” so this is probably not something that we’ll see come to market this year. Maybe not even next year, for that matter. There are more questions than answers at the moment. Iribe says “We don’t want to announce any dates because frankly we just don’t know when it’s going to be really ready for the consumer market..”

So, how do smartphones fit in to the picture? Smartphones are now mature enough that they can handle supporting or even driving hardware like the Oculus Rift, but are they a good fit? What does that look like, integrating smartphones with virtual reality technology? And is it something anyone is interested in?