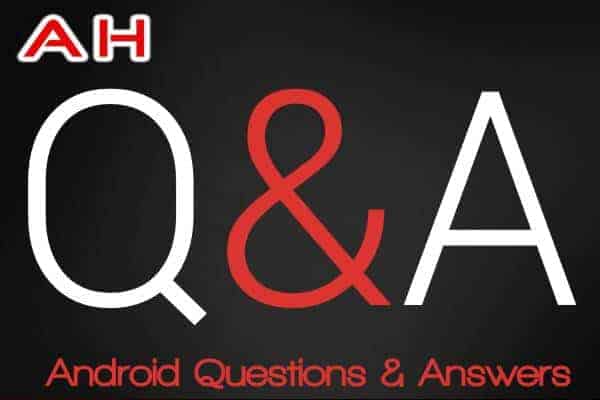 Welcome to our first edition of AH Android Q&A. This is where you send in your questions and we answer, them to the best of our ability. Our team here at Android Headlines has a ton of knowledge, since we've all been using Android since almost the beginning. So we're here to spread our knowledge a bit more, help out our readers who might be new to Android and just answer questions that some people might think are "stupid questions". So let's get started with our first question.

1. Jerry asks: "Can you please tell me why every time  there's an update from Gingerbread to Honeycomb or maybe ICS to Jelly Bean the handsets get hotter, battery life getting worst almost all android handsets get this problem and some keys malfunction lags or hang if all this problems can't be solve than what's the point of upgrading to newer version?"

Well Jerry, a lot of the time when you get that initial update to, say Android 4.1, it's still pretty beta. Since it's the first build. Normally the manufacturer will go ahead and toss out a newer update with bug fixes. Updates take such a long time because of all the different hardware and manufacturer skins out there. The problem can be solved, you just have to give the manufacturers and carriers time to fix them. Newer versions of Android always have more features. Sometimes they aren't "better". For instance, Android 4.2 has really bad Bluetooth support compared to Android 4.1.

2. Thomas asks: "I bought a Galaxy Note 1 with ICS but recently got the upgrade to JB. If I do a factory reset, will it go back to ICS or JB?"

No, a factory reset does not bring you back to the original firmware that was shipped on the device. If you got the update from Samsung or your carrier, then doing a factory reset will keep you on Jelly Bean, but it'll erase everything, except for your microSD card content.

3. Beau asks: "What has to happen for Google to make a device that is LTE unlocked?  Is that possible?"

4. Badr asks: "What world phone would work on Verizon & T Mobile with 4G, on both. Not necessarily at the same time"

Many phones on Verizon are world phones, at leas the newer ones are. But not all or any of them work on T-Mobile's 4G HSPA+ network. That is because T-Mobile uses a different band than other GSM carriers. So unless you're in a market where T-Mobile has refarmed their 1900MHz spectrum, it's impossible to have a Verizon phone that works on T-Mobile's 4G network. Now AT&T's 4G network will work on every world phone.

5. Peter asks: "Will the upcoming Galaxy Note 3 be bigger than the Sony Xperia Z ultra?"