Most people couldn’t care less about an Acer tablet, no matter if the hardware is good, the pricing is good or the battery is huge, they just don’t seem to see Acer as a tablet manufacturer, but Acer is not a name you should dismiss entirely – they’ve had their ups and downs, like everyone.

The Acer Iconia Tab A700 was pretty good for the time when it came out, it was the only 10 inch tablet with a 1920 x 1080 resolution on the market at the time, but it still didn’t make any waves in the market, which is often saturated by the likes of Samsung et al.

A new Acer tablet has appeared in GFXBench, most likely the successor to the A700, since the tablet appeared under the name of Acer TA2, let’s remember that the original A700 also showed up as the A700-TA1. The tablet is showing a resolution of 2560 x 1344, which sounds a lot like the Nexus 10 at 2560 x 1600, with soft keys for the missing pixels, which should be the same as the upcoming Tab 3 Plus line recently leaked. 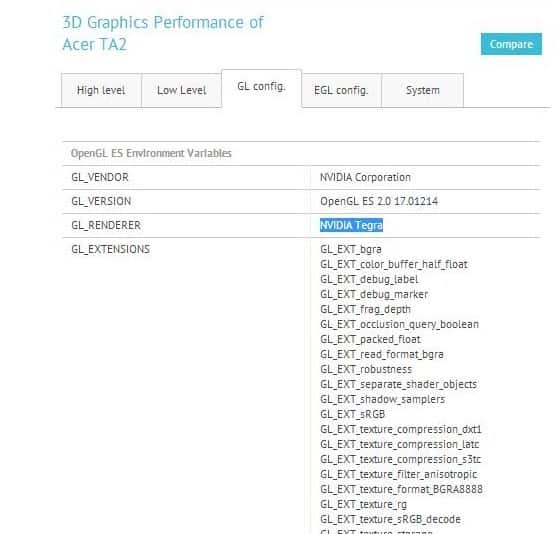 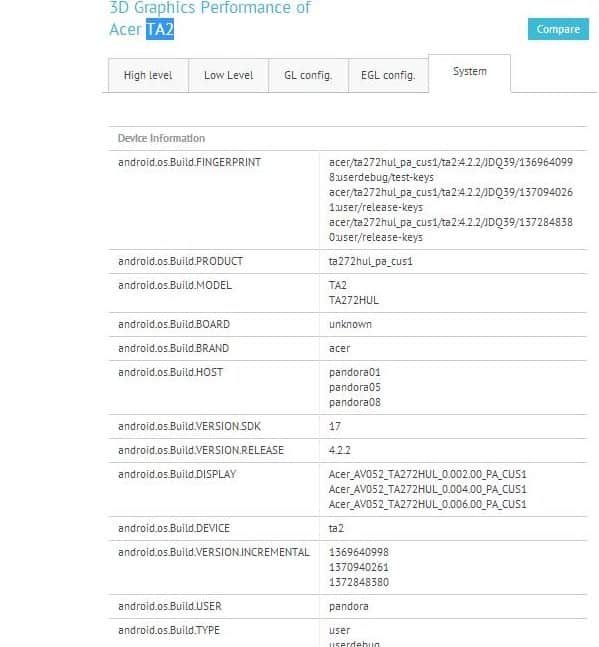 The device is also running Android 4.2.2 Jelly Bean, very lightly skinned by Acer, and is to be powered by a quad-core NVIDIA Tegra 4 clocked at 1.8 GHz. The original A700 had a monster 9,800 mAh battery so I’m going to guess Acer will try to do the same here since it’s not likely they will downgrade a spec for the new generation, unless Acer is going for a really thin device, but that doesn’t seem to be Acer’s usual motivation.

If Acer prices the TA2 aggressively, they might make a dent in Samsung’s market share, but that might mean that Acer could sell the device close to cost, and make little profit at the risk of gaining some market share.

So far nobody has been able to compete with Samsung’s tablets except for ASUS, which arguably makes the best Android tablets, and even ASUS is struggling to gain some market percentage so we’ll have to see how Acer markets the TA2. We don’t know anything else about the tablet or when it will be announced, so keep an eye out on the site for more news about Acer’s upcoming tablet.