Skip to content
Trusted By Millions
Independent, Expert Android News You Can Trust, Since 2010
Publishing More Android Than Anyone Else
0
Today
84
This Week
529
This Month
529
This Year
118418
All Time The chip maker wars is about to get really hot, really soon. Qualcomm, NVidia and Samsung are going to get some tough competition from TSMC and GlobalFoundries with a new 20nm mobile chip to be produced in 2014.

Currently, the highest speed achieved by mobile processors is 2.3 GHz in the Snapdragon 800 from Qualcomm or the Tegra 4i from NVidia (which is set to arrive late this year or early next) and that’s limited by the manufacturing process of 28nm.

TSMC is saying that it can achieve 30 percent more speed with 25 percent less power using this 20nm process, that means a clock speed of about 3 GHz could be reached making complex stuff like rendering high-end graphics a breeze. NVidia and Qualcomm are surely already working on achieving the same or better, they just haven’t announced anything. We do know that NVidia has Logan chips, that will harness Kepler GPUs in the future and since the current gen is already at its top speed, the next one will probably be produced using the 20nm process.

The process could also help solve the other big issue with mobile computing these days, battery life. Current chips consume a lot of power, even the best ones, making it impossible for a smartphone to stay alive for more than 10 or 15 hours or so before needing an outlet, depending on how much you use it. 25 percent less power consumption means 25 percent more battery life so normal day use could be achieved without worries.

Howver, this is just one side of the coin, the ARM side, on the other side, we have Intel with its x86 architecture which has proven to be pretty powerful with its new Bay Trail chips. The initial benchmarks of a Bay Trail chip clocked at 1.1 GHz posted the record score of 43,416 in AnTuTu, and that same chip could reach 2.1 GHz, can you imagine the benchmark on that one? The 1.1 GHz is already about 30 percent above the best ARM chips. 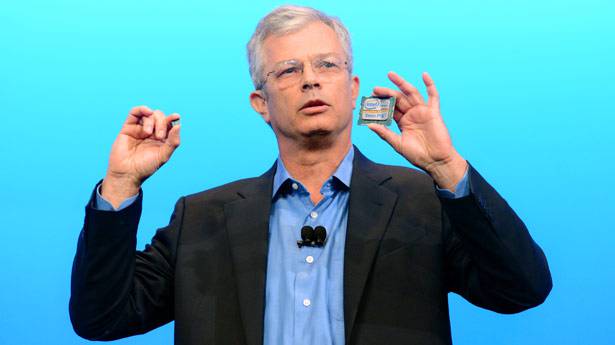 Things won’t stop here, in the future we can look forward to 14nm chips, which should destroy everything else, current benchmarks will probably be useless against those speeds and Intel should get its Atom line in 14nm by the end of 2014, the same size AMD could get with GlobalFoundries.

What I can tell from this is that our phones will get much faster and will last longer, so I don’t care who makes the chips, we’re all winners here.