Skip to content
Trusted By Millions
Independent, Expert Android News You Can Trust, Since 2010
Publishing More Android Than Anyone Else
34
Today
34
This Week
654
This Month
5765
This Year
115766
All Time By now most of you have heard that a secret court document leaked to the Guardian revealed that the NSA has been systematically collecting Verizon’s call records for all of it’s customers. We know that this has been going on for years, and there is good reason to suspect that the NSA has access to all records from all four major US cell carriers. We also know that the NSA routinely collects flight records, internet usage data and financial information on most if not all Americans. Needless to say  the Fourth Amendment to the US Constitution isn’t the only thing that has been violated. The US government has also violated the trust that the people of the United States have put in their government. Congress has been paralyzed by partisan bickering for five years, the Justice Department has been charging journalists at Fox News and the AP with conspiracy charges for breaking stories vital to the public’s understand of what it’s government is doing. The IRS used it’s power to attack political opponents of the President during an election. I am an American and I love my country, but these are truly dark times.

I have seen many, including the venerable Will Wheaton, blaming Verizon for this invasion of their privacy. Others are blaming the President while others are blaming the NSA or the secret court that approved this surveillance. There is a grain of truth to all of these accusations but we need to look at these on at a time.

Obviously President Obama has allowed the Justice Department and the IRS to trample some of the basic freedoms that define what it means to be American. At the time of this writing there is no evidence to suggest that the President is involved in a conspiracy to use his power to prevent his political opponents from winning an election. As far as the current NSA-Verizon scandal goes, the President was almost certainly aware that this massive secret data-gathering program was going on and did nothing to stop it, but this program definitely extends back to the Bush years, so there is plenty of blame to go around. A spokesperson for the White House has already rushed to defend the NSA. It will be interesting to see if the President changes his tune as more and more people realize how extensive this surveillance is.

The NSA is the civilian branch of the US intelligence community and is by far the most secretive. It has long been rumored that the NSA has been gathering an immense amount of personal data about Americans who have not been accused of any crime. William Binney, one of the best mathematicians and codebreakers in the history of the NSA resigned in 2001 after he saw how the Patriot Act was being used to spy on innocent Americans.  He said that he   “could not stay after the NSA began purposefully violating the Constitution.” If only everyone who works at the NSA had this level of commitment to protecting our Constitutional rights. 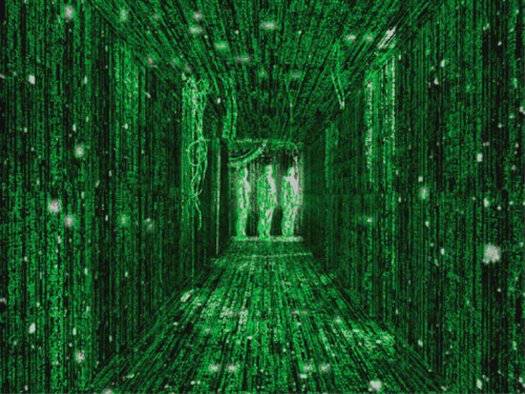 Is the NSA to blame? Certainly, but what about the secret court that approved the collection of massive amounts of data about almost every American? The court’s job is to interpret the laws and the Constitution. Unfortunately these rulings are made in secret so there is no back-and-forth between two opposing sides, and the people of the United States have no advocate in this courtroom. The details of these proceedings is highly classified, so we will probably never know the details about what was and wasn’t approved. What we do know is that Verizon turned its customer’s data over to the NSA under a court order.

That brings us to the final piece of the puzzle. Verizon. As a Verizon customer I am obviously very disturbed by this news, but there is little doubt that every major carrier has been providing data to the NSA for years now, so Sprint and T-Mobile customers don’t get to feel smug. AT&T customers should be aware that their carrier has been willingly providing detailed personal information to the NSA since at least 2003.

Is Verizon to blame for this breach of privacy? No. They were compelled to provide this information by a government that is overstepping it’s bounds and trampling on the rights of its citizens. If Verizon executives had refused to provide this information they could have been thrown in jail, and if someone at Verizon had revealed that this data was being given to the NSA they could have been charged under the Espionage Act.

Blaming Verizon is the easy way out, because facing the reality that our government has betrayed us is much more uncomfortable. In 3 years we will be voting for a new President, let’s make sure it is someone who respects your right to privacy. In just a few months Senators and Representatives will be up for reelection. Make sure your Congressman knows that if they don’t act quickly to punish those responsible for trampling on the Constitution, you will be voting for their opponent. Sign petitions, make phone calls, write letters and send smoke signals if you have too. Make sure that your elected representatives know that if they don’t stop the Executive and Judicial branches of our government from spying on citizens who are not under suspicion of committing any crime  you will  vote for someone who will.

I hate it when people use hyperbole to drive a point home, but it is difficult to avoid in this situation. I will only say this: Make your voice heard while you still can.

Source: The Guardian and Business Insider