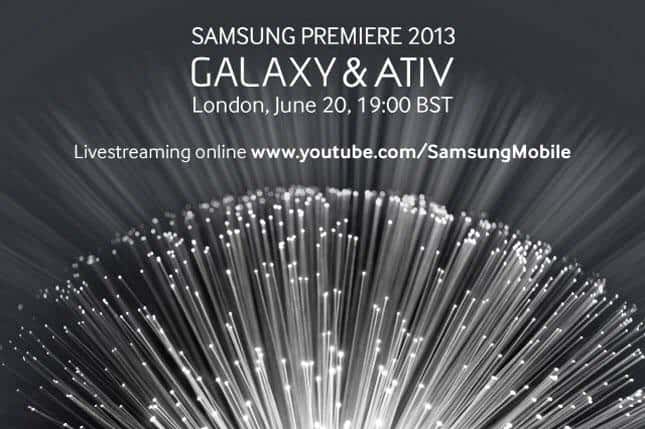 It's almost time. Samsung's Premiere event is set to take place in less than 2 hours. Like most of Samsung's events, they are live streaming the event on their YouTube channel, which we have embedded down below so you can join in and see what Samsung announces today. This event is said to announce some Galaxy and ATIV devices which are Android and Windows Phone 8 respectively.

We don't know exactly what Samsung is going to announce or show off today, but we are expecting them to announce a camera or two. Along with showing off the Galaxy Tab 3 line up, Galaxy S4 Mini, Galaxy S4 Active, and the Galaxy S4 Zoom. They may throw a surprise in there as well. On the ATIV side, we have no idea what they are announcing. Since we don't follow Windows 8 or Windows Phone 8.

We are not expecting the Galaxy Note 3 to be announced today, as that should be announced later this year at an Unpacked event right before the IFA conference in Berlin, which takes place late August. But we should see the Galaxy Camera 2 and the Galaxy NX Camera, which is a mirrorless camera on Android. Pretty awesome right? Lately, Samsung has been throwing everything at the wall and seeing what sticks. So it'll be interesting to see what they do actually announce that's "new" today. Personally, I'm excited. We're always excited for new hardware here at Android Headlines.

You can watch the video down below and follow along with our coverage of the event so you don't miss a thing. At the time of writing this, the video is set to private, but should be publicly available soon for all of us to watch.