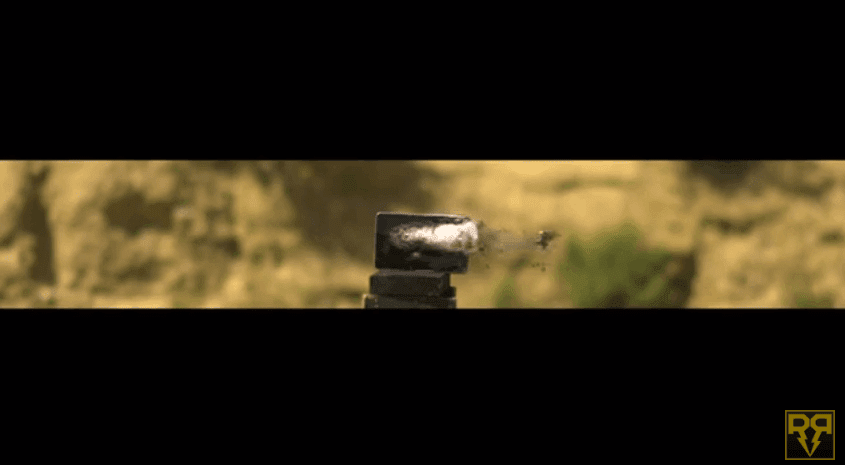 One of the things I hate seeing most are various gadgets destroyed for the sole purpose of entertainment. Call me a stickler, or whatever you want, but it pains me to see expensive devices ruined when they could go to a good home. What usually makes such spectacles easier to witness is the inclusion of a smoking dame'. Unless of course you're a woman, then it's probably not quite so interesting, or maybe it is- who knows these days.

Trish Hershberger, took a Nexus 7 out into the desert and thanks to RatedRR (YouTube channel) she was offered a pretty sizeable weapon to shoot the tablet with. The Nexus 7 was apparently taken from her Sourcefed co-host Joe Beretta. Knowing full well what they were going to do with the tablet beforehand, it pretty much ruined the humor in the video for me. You might find it amusing, though.

They draw out the whole scene, until finally Trish blasts Google's famous tablet with a 50 cal rifle. Ouch.

Just to make sure you can see the true decimation, the video was captured with a high framerate Red camera. This allows them to slow the video down and show you frame-by-frame how the Nexus 7 handles that bullet. In case you're wondering, it doesn't hold up very well and just watching the video makes me weep a little inside. Okay, so I weeped a lot, what of it?

The little kid at the end is pretty charming though. Until you realize he's poking fun of the whole situation, and was egged on by someone behind the scenes. Great job guys, way to exploit that child for the sake of some YouTube views! I kid, I kid.

What do you think of the video? Does it hurt you to watch as much as it hurts me? It looks like they probably ruined quite a few Nexus 7 tablets for the video, since she also hands Beretta a half broken tablet at the end, after we clearly saw the original explode into pieces from the 50 cal bullet. Think of all those dollars spent, or as the child at the end openly quips:

There's quite a bit of sarcasm in this post, I'm hoping you'll be able to detect it. Regardless, I'm sure more than a few of you will miss it.