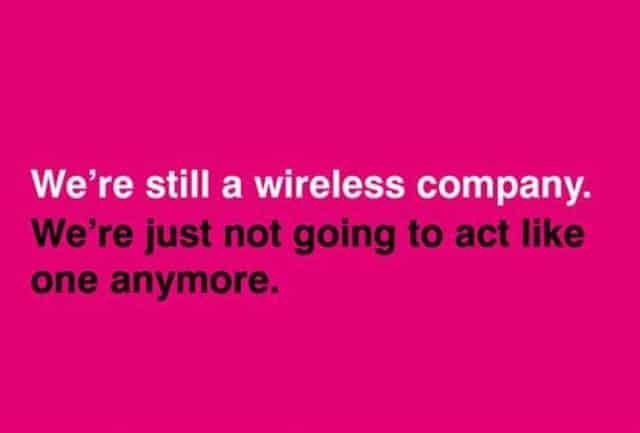 We all know about T-Mobile's UNcarrier plan, and they launched Phase 1 earlier this year with their new plans and EIP for devices. In which, they severly undercut their competitors, offering unlimited everything for $70/month before your monthly payment of your device.

It now appears that T-Mobile is getting ready to launch Phase 2 of this UNcarrier plan which will bring in a "new" rate plan that is postpaid. It'll be the same as their current plans but will  be targeted at those that don't want their credit run. The only real difference will be that you'll pay full price for your device and you will not receive a credit check. There's also no down payments and EIP fees per month. Which is great for those that don't like T-Mobile's prepaid plans. Unnamed sources from TmoNews is saying this will launch on June 23rd.

T-Mobiles UNcarrier efforts will also include launching 15 additional markets with MetroPCS, which was named internally as "Apollo 15". This launch of the more markets has been confirmed by execs from both MetroPCS and T-Mobile. The launch will allow MetroPCS customers to use certain Sprint, Verizon and GSM-based handsets on the network. Which will be a great thing for T-Mobile.

There is also a report of a phase 3  of the UNcarrier approach. At this time we have no idea what Phase 3 will encompass. But so far everything T-Mobile has announced has been pretty awesome so we're excited. What else can T-Mobile do to get our attention? Oh I know, better coverage in their 2G/EDGE areas. Even though I know they are working on it.

How many of you are excited to see where things go for T-Mobile in the next year or so? Let us know in the comments below.