It's no secret that T-Mobile's has been considerably behind its competitors in terms LTE service. The carrier has just recently begun rolling out the higher-speed service, but has not been breaking any speed records in the process. According to a new report from GigaOm, T-Mobile will be taking a unique approach to build up its LTE network, at least in what kind of antenna technology it will use.

The blog reports that it has learned some of the details of T-Mobile's network roadmap for the rest of the year. According to the roadmap, the carrier plans to blanket its network with extra antennas so LTE performance will never compromised by the number of users on the network.

T-Mobile will be using a smart antenna technique called 4—2 MIMO, or Multiple Input-Multiple Output. Magenta will be one of the first global carriers to implement this technology, as most other carriers use the less powerful 2X2 MIMO technology for their LTE networks. 2X2 MIMO sends the same data transmission over parallel paths from two antennas on the tower, which are then picked up by two antennas on the receiver.  4X2 MIMO doubles the number of antennas, as well as the number of transition paths at the tower, making for better load support and a more powerful signal. 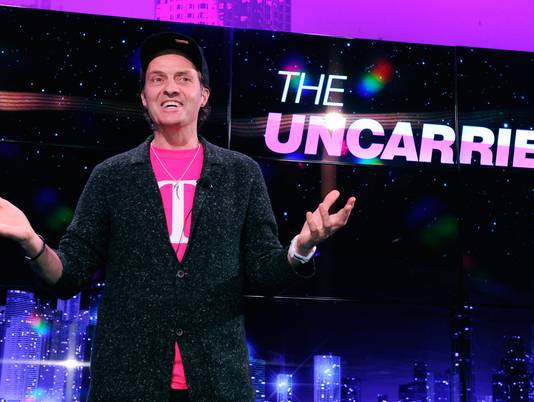 Essentially, all of this means that there are more signals available for your smartphone to use, as well as more antennas at the tower to pick up the return signals from your phone. This improves your chances of getting a strong signal in an area where you normally would struggle to maintain any kind of connection. While the 4X2 MIMO tech won't raise the theoretical speeds of LTE, it will give users that are far away from the tower better speeds and better performance to big cities where there are a lot of people in a small area.

Nokia Siemens Networks North American head of technology Petri Hautakangas says that in his tests with the 4X2 MIMO technology, T-Mobile is getting speed increases as high as 100 percent on the upload and 50 to 60 percent on the download.

Upgrading to 4X2 MIMO will not require very much work, either. Existing base stations for the carrier will simply need software updates to support the technology, while new antennas will need to be placed on towers. Most devices that support LTE already support this standard, so nothing needs to be done to them.

"We have a very good handle on what 4X2 MIMO can do for us," T-Mobile's VP of radio network engineering Mark McDiarmid said. "And we're one of the few that are in a position to use it."

While all of this may seem a tad confusing, don't worry, because it will all be for the good when it is finally rolled out.

Trusted By Millions
Independent, Expert Android News You Can Trust, Since 2010
Publishing More Android Than Anyone Else
28
Today
155
This Week
660
This Month.
8102
This Year
109574
All Time