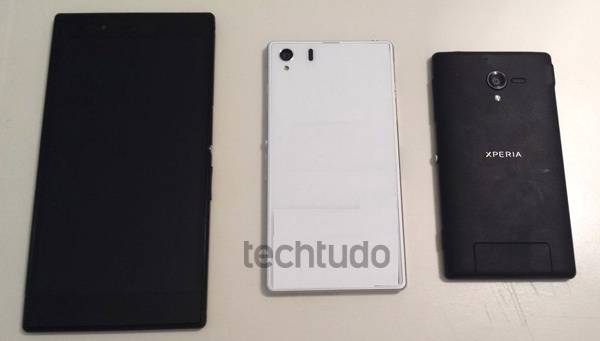 It seems a Brazilian website has gotten hold of the much expected Sony i1 "Honami" smartphone, and put some pictures of it on the web. From the looks of it, the device seems larger than 5", and could in fact be more like 5.3", which happens to be the size of the original Galaxy Note device, the one that most of the media considered too big back then.

Of course, the market proved them wrong, and it turned out people see a lot of benefits in having a larger screen, and possibly even replacing a tablet with it. However, I have to say I'm a little surprised they intend to make it this large, when it's also supposed to be a phone with a 20 MP camera, which the Brazilian site TechTudo seems to confirm. 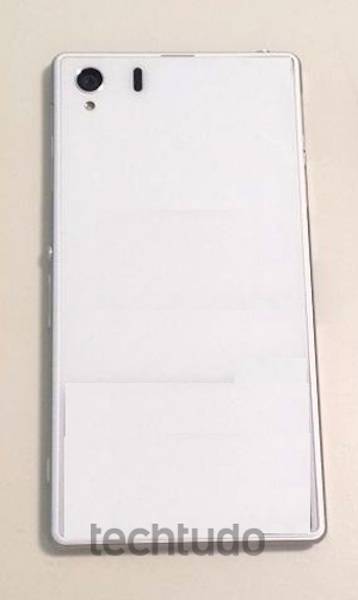 But what's even more surprising to me is that from these leaks at least the camera seems so small, and very much like any other 1/3" camera sensors inside all smartphones. There were rumors that it would have a much bigger 1/1.6" sensor, and this phone doesn't look to have one.

So that begs the question – is this really the Honami in these pictures? Could it be that the "Sony i1" is a very different phone altogether? The latest leaks matched the 2 names together, but at least one of these isn't true: either the i1 and Honami are not the same, or the 1/1.6" sensor for the Honami was never real, and perhaps it's meant for some other phone in the future.

That would be pretty disappointing, because I was expecting there would finally be an Android manufacturer to take on Nokia and its pixel-binning camera smartphones like the 808 and the upcoming EOS smartphone.

Also, if this doesn't have a larger sensor, and doesn't use pixel-binning, then it means Sony is just going to try to use it as a bullet point and "one-up" the others with their "only" 13 MP cameras, and all that Sony would do is use the same type of sensor, but at higher resolution. I'm not even sure that would produce better quality pictures, or at least not much better, as one with a much larger sensor would.

So far, most of the leaks haven't gotten us much closer to know what Sony's flagship for the fall will be like, but I'm still hoping that the initial ones are true, and we'll indeed get a phone with an amazing camera.