We've heard so many rumors about the Xperia ZU, or Xperia Z Ultra. It's supposedly Sony's big entrance into the "phablet" market with a 6.21-inch device that has a 1080p resolution. The 6.21-inch display is likely to not include the on-screen navigation which puts the phone at a 6.4-inch display. Which is a pretty huge display. 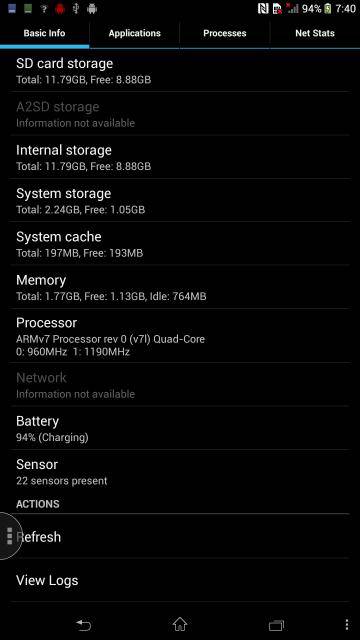 The screenshots we are seeing confirms that the chipset Sony is using is the Qualcomm Snapdragon 800, the MSM8974 with the Adreno 330 GPU. In addition, the screenshots also show us that the device is running on Android 4.2.2 with the software build number being 14.1.B.1.215. Some other specs that the screenshots basically confirm include 2GB of RAM and 16GB of internal storage. No word on a microSD card slot though. 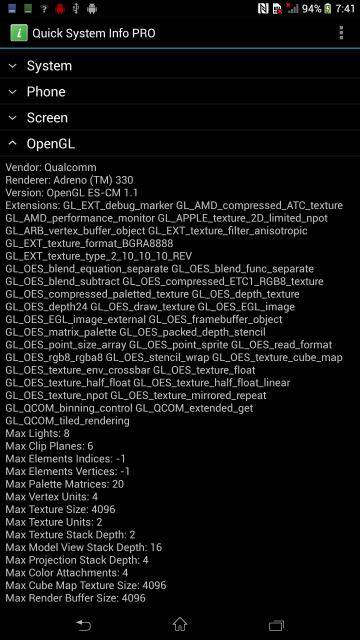 Sony does have an event coming up later this month, where we are expecting them to formally announce the Sony Xperia ZU. But they could also be announcing the Xperia Z Google Edition, rumors have been circling around that as well as of late. The Xperia ZU seems to have some pretty spectacular specs, and after reviewing the Xperia ZL in the past week or two, I've really grown to like their custom UI. It's really nice and out of the way. So the Xperia ZU should be a great device. Especially for those that love larger devices. 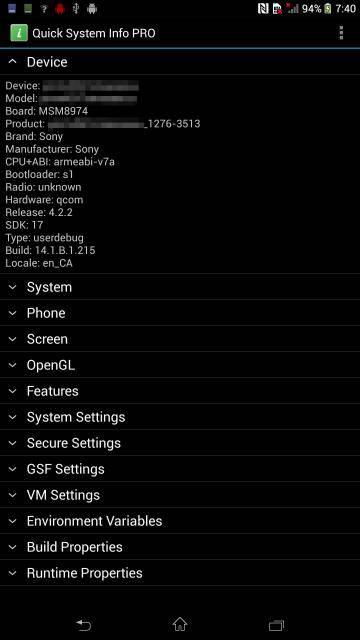 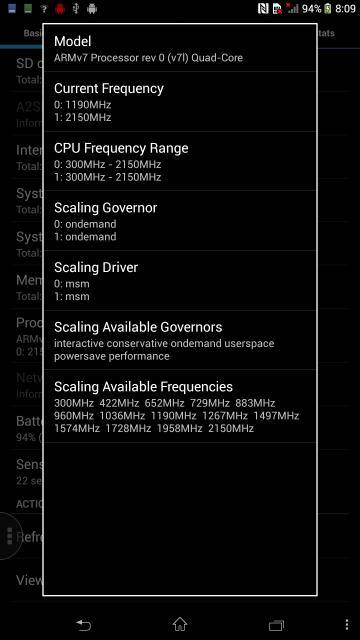