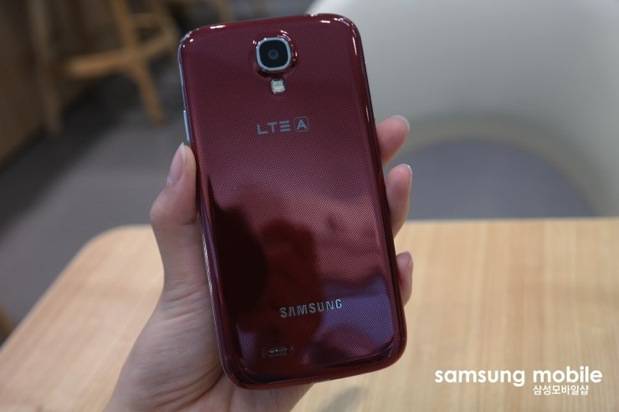 Does Samsung have enough devices? Probably not. Since they are readying another Galaxy S4 variant. And we already have the Galaxy S4 in Snapdragon 600 and Exynos 5 Octa variants along with the Galaxy S4 Mini, Galaxy S4 Zoom, and the Galaxy S4 Active. Now we are going to see a Galaxy S4 with LTE-Advanced soon.

Samsung is planning to launch a Snapdragon 800 variant of the Galaxy S4 which would support LTE-Advanced and be available in Samsung's home region of South Korea. Samsung's head, JK Shin has already confirmed that this LTE-Advanced Galaxy S4 is on it's way. It looks like the device is near the end of production and just waiting a release. Korean site Naver.com has obtained two glossy units offered in two colors. Which would be Crimson Red and Cobalt Blue. Of course these could be fakes, and wouldn't be the first time either. 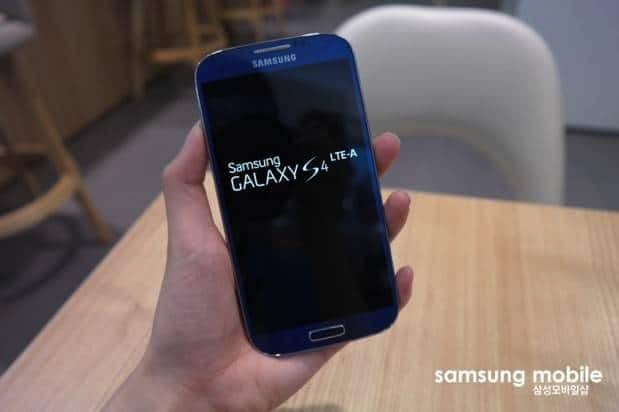 It looks exactly like the current Galaxy S4, except for the LTE-A logo on the back. It also still has the Samsung logo at the bottom of the back along with at the top on the front, just below the speaker grill. All the specs are said to be the same as the original Galaxy S4, besides the processor. The Snapdragon 800, which is in the Xperia Z Ultra, can be clocked up  to 2.3GHz. Now that's as fast if not faster than some laptops and desktops in people's homes. That's some serious power right there!

I would have preferred Samsung to go ahead and wait to release the Galaxy S4 with the Snapdragon 800. But then it might be too close to the release of the Note 3. So let's hope we get the Snapdragon 800 or the new Exynos 5 Octa processor in the Galaxy Note 3 later this year. How many of our South Korean readers are looking to pick up this Galaxy S4? Let us know in the comments.