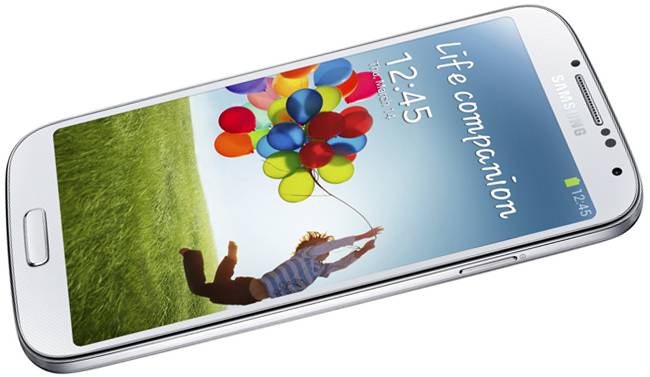 The cost of devices is always an important aspect when looking into potential purchases. A lot of times, consumers are willing to lock themselves into contracts in exchange for phone prices that are subsidized by the carriers. However, are certain devices more subsidized than others? It turns out that Samsung's devices are actually subsidized more than both Apple and HTC devices, meaning the carriers are chipping in a little more.

For those of you confused about subsidizing, it is actually quite simple. If you are in the market for a new phone, you are generally given two prices: the on-contract price and the off-contract price. The off-contract, or unsubsidized price, is essentially paying full price for the device as if you were buying it straight from the manufacturer. This price is often in the range of $600-$800 depending on the device. As a result, most people opt for on-contract, or subsidized pricing. This means that carriers such as Verizon and AT&T will pay for the majority of the phone, and then make up for it by locking you into a contract, guaranteeing monthly revenue.

According to research firm ABI Research, Samsung's device subsidies are actually about 84%. This means that carriers are essentially paying 84% percent of the price, leaving you to pay the remaining 16%. This trumps other manufacturers like HTC at 80%, and Apple at 74%. 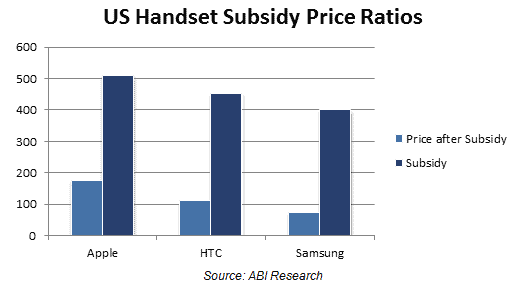 Stuart Carlaw, chief research officer at ABI stated: "Samsung continues to squeeze its competitors at every turn. The Samsung Galaxy SIV is now considered on a par with Apple's iPhone 5. Coupled with better subsidy, the breadth of its device portfolio, increasingly savvy marketing, and its excellence in channel execution, it is little wonder Samsung is dominating the mobile handset market from top to bottom."

However, Senior practice director for devices at ABI Nick Spencer gave a contrasting view by saying: The smartphone market in particular is entering a new phase focusing on execution and price, rather than innovation and value. Samsung's scale and supply chain excellence is allowing it to put its competitors under increasing price pressure and win market share. This is a major concern for the rest of the market, especially for smaller, less efficient vendors, as margins will be squeezed and overall market value reduced."

While it is certainly fantastic that Samsung is doing so well, it is easy to understand Spencer's statement on how it can hurt smaller vendors. Regardless, there is a reason why carriers are willing to pay more subsidies to Samsung. It all comes down to the fact that consumers love Samsung devices, they really do. With top notch advertising and cutting edge specifications combined with a higher subsidy than other companies, it is almost guaranteed that a purchase from Samsung will equal a great value for your money.