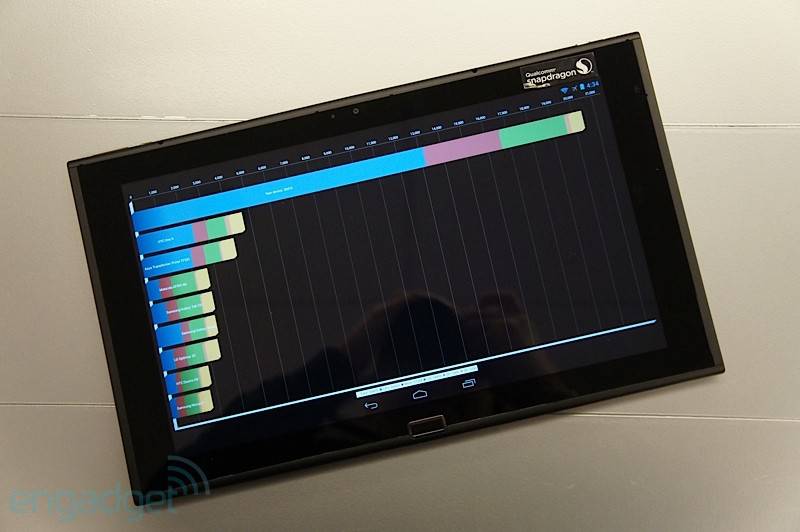 Today, Engadget got a chance to play with the latest Qualcomm MDP devices. Which there was both a tablet and a phone. It packs the OEM's latest Snapdragon SoC which we should be seeing in devices later this year. It's the MSM8974. The tablet is a bit larger than last years MDP. It features an 11.6-inch 1920×1080 resolution display along with 2GB of LPDDR3 RAM, 32GB of built-in flash storage with a microSD card slot, and a 12MP AF rear camera with a 2MP on the front. This is all crammed into an 11.7mm chassis that is powered by a huge 3400mAh battery which seems kinda small when you consider that the 5.5-inch Galaxy Note 2 has a 3100mAh battery. It also includes LTE, Wi-Fi, Bluetooth 4.0 LE, GPS and NFC, along with your normal sensors. 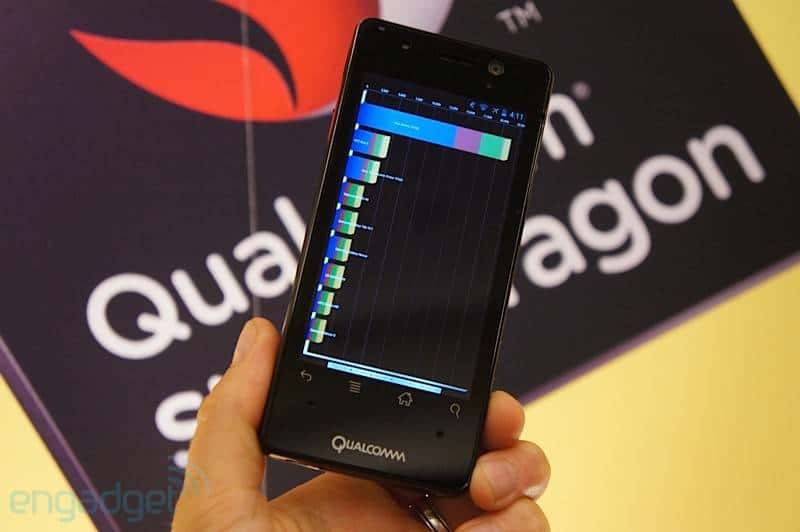 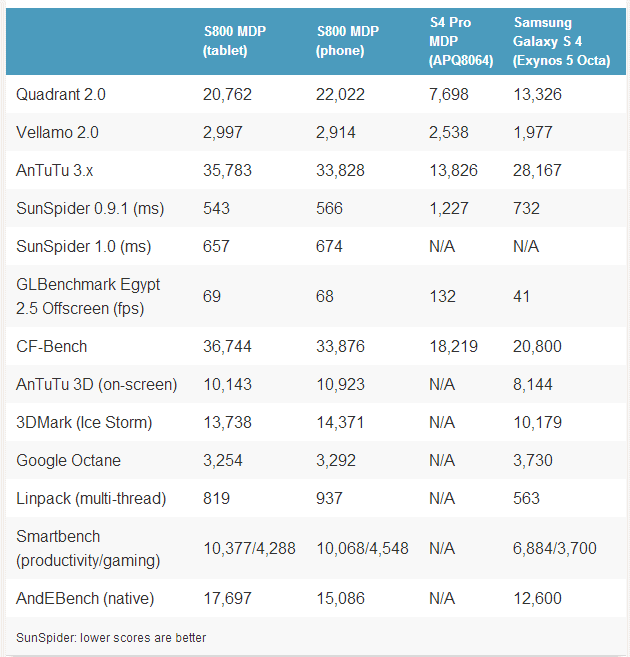 Engadget went ahead and did some benchmarks of both devices, which you can see all those screenshots on their site. But the image above shows what the S800 MDP tablet, phone and S4 Pro MDP devices scored on various benchmarking tools like Quadrant, Vellamo, AnTuTu, SunSpider, GLBenchmark and many others. Down below you can see where they compared the Galaxy S4, HTC One, HTC First and HTC Droid DNA which feature the Snapdragon 600, 400 and S4 Pro, respectively. 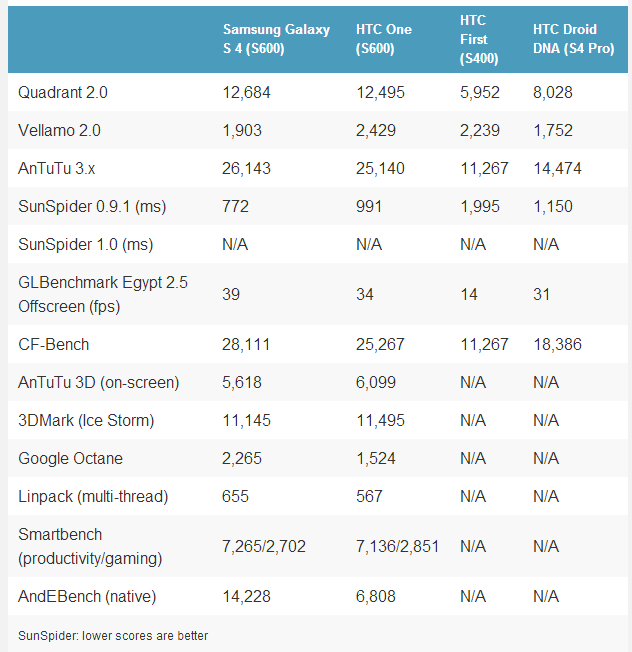 These are quite impressive numbers, but I'm still looking forward to seeing how it feels in a phone or tablet. I'm hoping that the LG Optimus G2 and other devices coming later this year feature the Snapdragon 800. Because it seems like a total beast, especially with it clocking up to 2.3GHz. Do you want a Snapdragon 800 in your next phone?