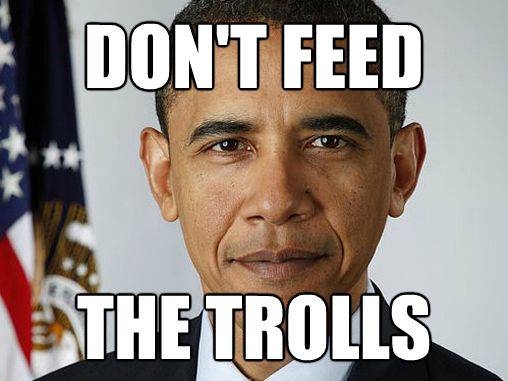 Yesterday, in Part One of this article  we discussed what the Executive branch of the US government is trying to do to stop patent-trolls from ripping off small businesses and stifling innovation. The problem with asking the government to fix any problem is the same :they might make it better, but there is also a pretty good chance that this interference will make things worse.  A misguided bill passed by Congress can cause mass unemployment and drive up prices for consumers, but inaction can sometimes have consequences that are just as bad. In the case of patent-trolls it seems that the time has come for Congress to step up to the plate and change the current system to stop companies from suing startups or threatening them into paying unwarranted licensing fees.

The biggest issue here is that if Congress throws the baby out with the bathwater we are all in big trouble. Most of  the technical innovations we all take for granted are the result of years of expensive research and development. Companies or individuals work hard to invent because they know that they can monetize their invention effectively. Generally speaking people don’t innovate for the betterment of humanity. They figure something out because it is going to make them wealthy. They are confident that their invention will bring them stacks of cash because in the US our patent system allows them to have the exclusive right to make that product for a certain period. Of course the inventor can also license that patent out to anyone they want for whatever fee they negotiate.

Make no mistake: no matter how flawed the  system is the current US patent system is largely responsible for the revolutionary technological advances that have come from the United States, especially in the last 100 years. From the lightbulb to the personal computer, research and development has been driven by the knowledge that someone else can’t take apart your product and make the exact same thing before the inventor has had a chance to make massive returns on their investment.

That set of rules worked well up until about the last twenty years. The breakneck speed and complexity of current technology means that some patents must be licensed or else innovation will actually be stalled. Without this law your Samsung phone would only be able to connect to Samsung cell towers and Samsung WiFi routers. These are called Standard Essential Patents and much of what Samsung and Apple have been bickering about in court revolves around this regulation.

Now we are stuck in a world where patents are being bought and sold like commodities. Companies are attempting to use high-priced attorneys and deep pockets to get patents on things like the square smart phone, touchscreens, third-party applications, and many other characteristics that are common in consumer electronics  but are obviously not the result of any one company’s or individual’s R&D. Even worse, large companies are squashing small businesses looking to take advantage of these new technologies by enforcing bogus patents through intimidation and threats of litigation.

Congress must act to fix this problem. The patent system was designed to encourage invention, not to stop it. US lawmakers must also be careful, because if they destroy what makes the US patent system great, they will stop innovation in it’s tracks and we will all suffer. Pay careful attention over the next few months as Congress works with the Executive Branch to come up with a solution to these problems. That bright future where technology continues to make us safer, happier and more efficient is on the line.