We have seen some leaks already of the device in action, and now we have new images of the device, this time in a beautiful white color. The Xperia ZU (as in Z Ultra), codenamed Togari, is Sony’s answer to the Galaxy Note line of devices made by Samsung although Samsung uses a Wacom digitizer for its S-Pen, we don’t know what Sony will do but the bar is set pretty high in that aspect.

The photos suggest that the back of the device is something of a soft touch plastic or polycarbonate for a decent grip, which makes a lot of sense for a device that size to have the best grip possible. They also seem to suggest that the device has on-screen navigation keys like it’s smaller brother the Xperia Z and not physical ones like the Galaxy Note. 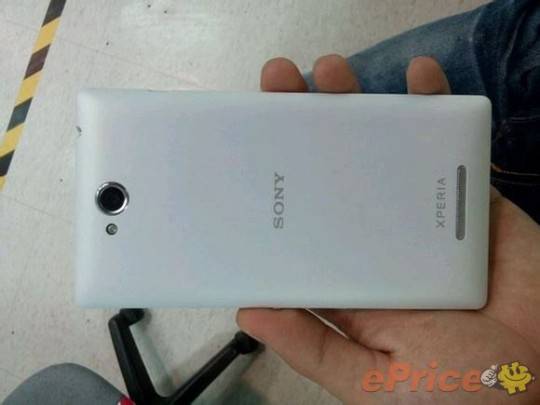 As you can see in the first picture, the photos appear to be taken with a ZU as well so you can clearly see how it fits in the hand.

Now for the device itself: At this point we’re pretty confident about some specs like the 6.44-inch display with 1080p resolution putting it at 342 ppi and Sony is known for having pretty good displays, often thanks to its Mobile BRAVIA technology. As for the rest, it should have a quad-core Snapdragon 800 processor clocked at 2.2 GHz, 2 GB of RAM, 16 GB of internal storage, 8 MP camera with Exmor RS sensor completed with a 1.3 MP front facing camera and a 3,000 mAh battery. The last rumored spec of the device is that it’s said to sport a magnesium-alloy frame and dual-SIM support.

The Xperia ZU is expected to be available in black and white variations, and possibly purple as a third option exclusive to some carriers.

Sony should make the announcement any time now, possibly on the 25th along with a new smartwatch. We’ll see how Sony handles these kind of devices since it new territory for them. A lot of questions have to be answered like what kind of pen will they use, how the battery life will be and what kind of apps will Sony create for this new line of devices.