We all know Google owns Motorola. In fact they purchased them over 18 months ago. Google and Motorola have both said that they had inherited a 18-month product line of devices that they had to announce and get out the door before they could move onto “Google-inspired” devices. So this could be the start of those Google-inspired devices we’ve been waiting on for what seems like forever.

Today, Google unveiled the new identity and logo for Motorola. It’ll now be known as “Motorola – a Google Company”. Google has now added their own identity to their own manufacturer, Motorola. Google wanted to the world to know that they are the owner of Motorola, not like we didn’t already know that. But they also wanted to differentiate Motorola and Motorola Solutions.

So now what’s next for Motorola? Well where’s that Moto X? We’ve been desperately waiting on a hero device from Motorola under Google’s ownership. And we are hoping to see it sometime this summer. Motorola has also said they are going to refresh all of their lines of products between now and October. So we’ll have to just sit back and see what happens.

As The Verge points out, at the bottom of the page on the Techweek conference in Chicago, you can see the new Motorola Logo. But the one shown above, the multi-colored one, is the real deal. The purple one down below you can see on Techweek’s page, which is being presented by Motorola. 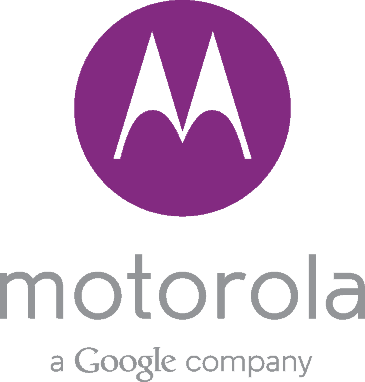 We’re hoping for good things coming out of Motorola really soon. Motorola was one of the first manufacturers to jump on Android and really helped make Android what it is today with the Droid, Droid X and the rest of their Droid line on Verizon. In addition to HTC and Samsung pioneering Android and getting it into more hands. We’ll be keeping a close eye on this one too see what happens with Motorola.

What do you think about the new logos? Let us know in the comments below.