Madfinger Games just dropped some new details about their upcoming title, Dead Trigger 2. They also took the time to put together a video demo, which is pretty snazzy. It shows off the contrast between last generation Tegra chipsets (Tegra 3) and the new Tegra 4 chipsets. Needless to say, the difference is pretty stark and the visual quality is quite astounding. I can’t believe we’ve reached a period where mobile devices like smartphones and tablets can handle graphic intensive content that borders current-gen console quality aesthetics. I mean, it was bound to happen someday, but relatively speaking mobile technology is advancing fast!

Anyway, back to the good stuff! The new Tegra 4 powered visuals include improvements like advanced reflection support, higher-resolution textures (oo sexy), particle effects and dynamic lighting. Of course, the developers have also added updated zombie models and textures to coincide with the new hardware support. It looks like Tegra 3 owners will still be able to play the game too, albeit with toned down graphics and visuals.

Apparently, Dead Trigger 2 is going to be more like a wide-scale online RPG meshed with shooter elements. Don’t worry, the developers made it clear that you can still slaughter zombies and baddies all by your lonesome if you so desire. Madfinger Games’ CEO Marek Rabas explains:

“The first time you play Dead Trigger 2, you become part of a global conflict. You are not alone and you are not playing only for yourself. You are one of many survivors across continents and from different parts of the world. While there are individual objectives within the context of the game, you must align your efforts together with other players to fulfill a joint global objective.”

Unlike a lot of other shooters out there, the game will play out in real time a la most freemium style games. Events will be taking place, just like what happens in MMOs such as RIFT or Guild Wars 2, but it sounds like they will be added through content updates.

“On the day of release, we will unveil a world that has battled the ravages of a zombie plague for the past two years. The first players of Dead Trigger 2 will enter into the conflict at this precise moment, while additional players will essentially be stepping aboard a moving train. New players, who download the game a year from now, will find themselves joining in at the third year of the apocalypse.” 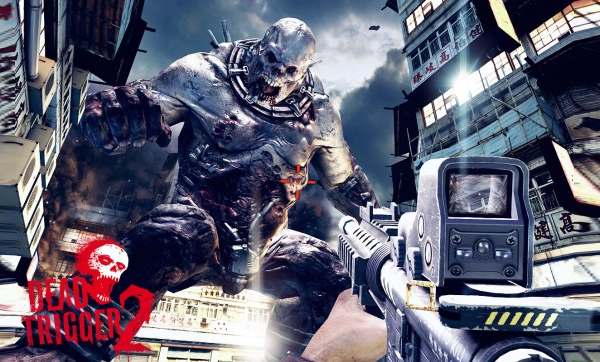 Dead Trigger 2 was originally supposed to launch in June, but the release date has been pushed back.

“We had hoped to release Dead Trigger 2 in June but when we put into perspective all the ideas that arose in the course of development, we decided that we did not want to deprive players of a better experience and so the decision was made to move back the release date. We wanted to release the game only when we were at a level of 100% satisfaction.”

Dead Trigger 2 is going to be playable at E3 later this month (June 11-13), so if you’re one of the lucky few going be sure to check it out!

At this time, we know that the game will be free-to-play which means it’s going to follow the same model as the original Dead Trigger, including in-app purchases and content. What we don’t know, however is whether or not the game will be a Tegra exclusive title at launch. It’s likely that it will drop for Tegra powered devices first before being expanded to support other hardware, but we don’t know for sure. NVIDIA Shield may see some kind of unique version of the game too, since it was originally announced for the platform.