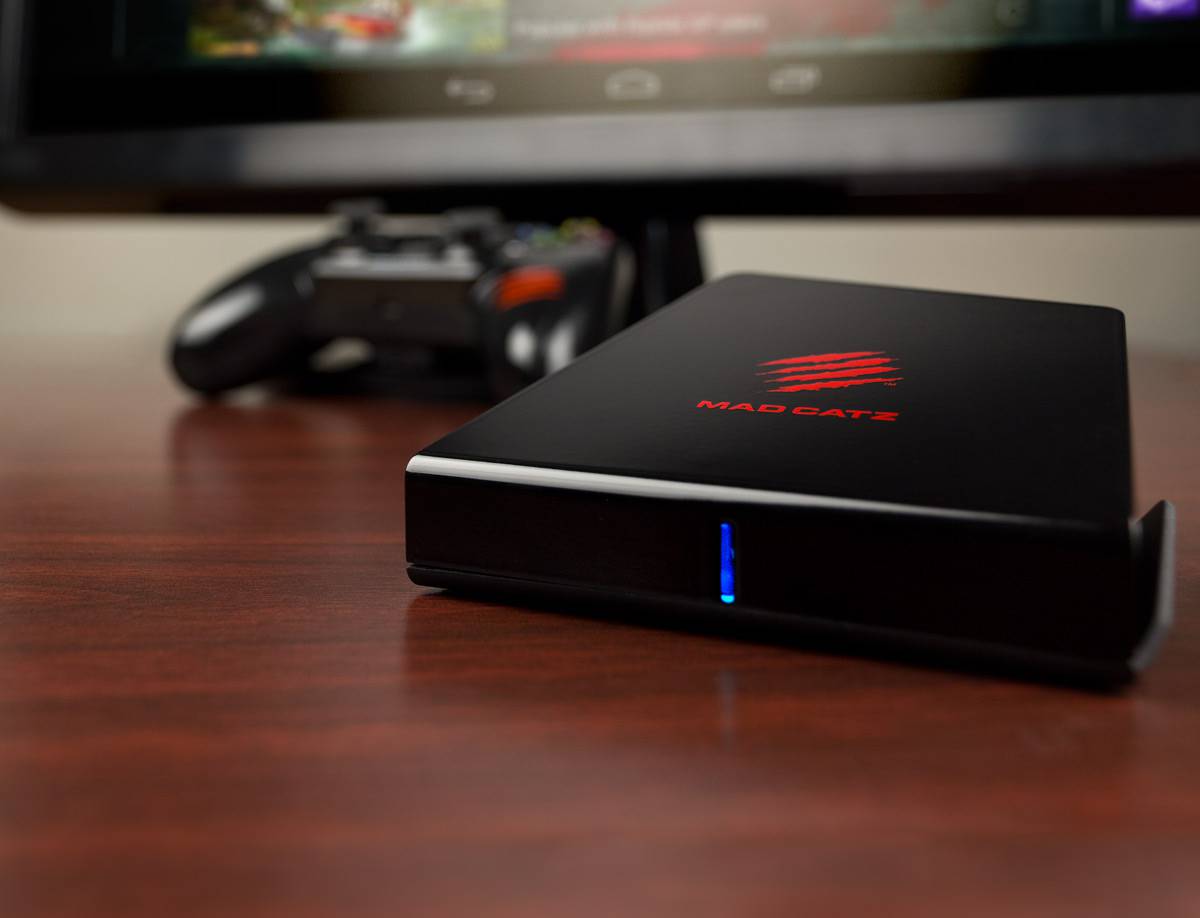 Just last week, it was revealed by Mad Catz' CEO Darren Richardson that the company would soon be launching a new 'Android micro console' to compete with the OUYA. Not much was revealed about the mysterious project other than the name, MOJO. Richardson did say that it would be focused on gaming peripherals, no surprise there since Mad Catz has always been a peripheral manufacturer. He also mentioned that more information would come during E3.

Indeed, the company unveiled a prototype at E3 which looks pretty slick! The commercial release of Project MOJO is expected to ship with 16GB of internal storage, a MicroSD expansion slot, Bluetooth Smart 4.0 technology (with the upcoming version of Android), two USB ports, an HDMI output, integrated Wi-Fi and more.

No processor has been set in stone to power the device, but the word on the street is that the company is currently looking into powering the device with Nvidia's Tegra 4. Exploring this from a hardware perspective, that would put Project MOJO a step ahead of the OUYA, which is currently packing a Tegra 3 processor (last gen). A Tegra 4 would also enable Project MOJO to work with Nvidia's Shield platform, meaning gamers could stream their content via a local Wi-Fi network. Hell to the yeah, babay.

Of course, it's a little too early to get excited over something like this, because the finished product is far from fruition.

The console is also guaranteed to be compatible with the new Mad Catz' GameSmart platform. If you don't already know, it's essentially their new lineup of Bluetooth accessories and peripherals including gamepads, computer mice, keyboards, headsets and more. Furthermore, the GameSmart peripherals are cross-platform compatible which means they will work with tablets, smartphones, PCs and even select smart TV models.

According to IGN, who had a chance to go hands-on with the prototype, the MOJO is much smaller than the OUYA. The included gamepad is apparently solid, and comparable to the current-gen Xbox 360 controller.

Since it deeply relies on Android, which is mainly installed on touch-based platforms the MOJO will also be incorporated with unique technology that allows users to control the system and games (which were designed for touchscreen play) with a connected gamepad controller.

Either way, Project MOJO looks like it's shaping up to be a real competitor. Now that we've had the chance to take a peek at the design of the console, the prospect of a crowning Android console is even more relevant. The console is currently pegged to ship sometime in Q4, 2013.

What do you think? Are you team OUYA all the way, or have you joined team MOJO?