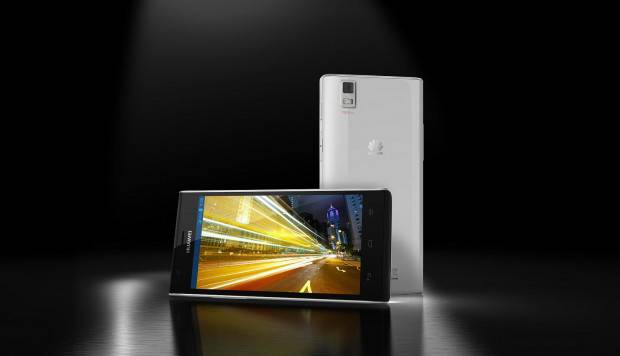 Today, Huawei announced a few new phones, including the Ascend P6. And many of the media went on to ask the CEO of Huawei, Richard Yu whether his company is preparing a Google Edition phone. Yu spoke out against the Google Edition program, saying that Huawei has no plans to turn the Ascend P6 into a Nexus device. Huawei is also very proud of their Emotion UI, and how it works in sync with the hardware they've been hard at work perfecting this year.

Not everyone is going to like the Emotion UI, but it's clear that Huawei loves it. So it won't be going anywhere, anytime soon. Most people don't like all the third-party UIs from the likes of Samsung, Motorola, HTC and LG. But they do bring a ton of customizations and enhancements which are always welcome. Without the Emotion UI, Huawei would be missing a ton of selling points with the Ascend P6, and even the Ascend Mate.

The launch date of the Google Edition Galaxy S4 and HTC One are getting really close, in fact it's next Wednesday. It appears that the hype surrounding these two devices have significantly died down. Which really isn't a surprise. Who would buy a $600 phone that you could get for around $200 from a carrier with a contract? Only Android geeks like ourselves. Even though I love the idea, I still think the price is a bit steep for what a Google Edition phone is. Don't get me wrong, I love stock Android. But is it worth $600 for the same phone I could get from AT&T, Verizon, Sprint or T-Mobile for around $200 with a contract? Not really.

How many of you would buy a Huawei Google Edition phone? Let us know in the comments below.