After announcing it’s Ascend P6 handset, Huawei is now trying to cover some other sectors of the market. The new Mediapad 7 Vogue comes to fill the mid-range 7 inch tablet sector with one extra addition: you can make phone calls from the device. I’m not saying you should hold a 7 inch device to your head, I’m just saying you could do it. It looks kind of ridiculous but it’s it might be nice to have that option, specially if you lose/break your phone and you have an emergency.

The Mediapad 7 Vogue comes in 3G and WiFi only versions, with the first one being the one with the ability to make calls just like the ASUS FonePad and the Galaxy Note 8.0. 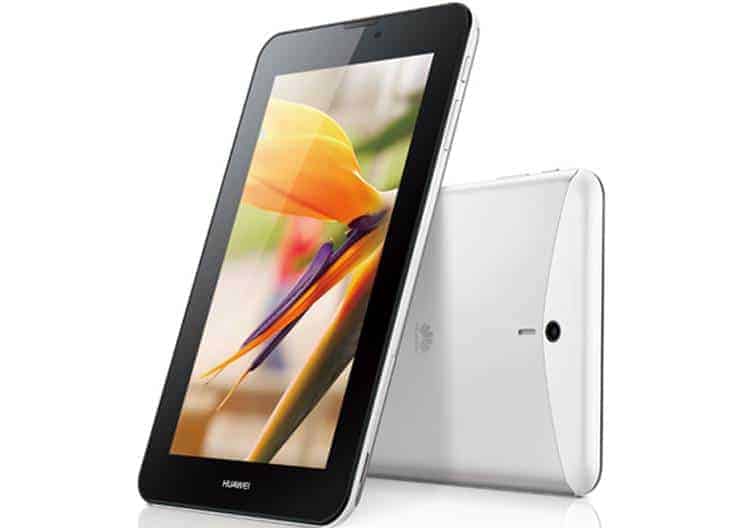 The Vogue has a rather thin body at just 9.5mm thin (The Nexus 7 is 10.5mm) and just a tad lighter than the Nexus 7 with 335g vs 340g. That’s pretty amazing considering the tablet packs a 4100 mAh battery that should give it great battery life with a 1024 x 600 display. Huawei claims that the device should last 20 hours of continuous calling or four HD movies with a single charge. The body itself should be pretty resistant since it’s an aluminum metal unibody design, setting it apart of other tablets in that range.

The specs are pretty common for a mid-range device this year:

You’ll also be able to choose from black or white editions of the tablet and a full range of accessories like external keyboards, mouse and USB flash disk through the USB port.

The Vogue will launch in China (as is custom with Huawei) this month. We haven’t heard anything about pricing or what other markets will it hit. The PR only says “other markets to follow”.