The Huawei Ascend P6 has been rumored for quite a while. And leaked even longer. We know that it exists, we just don’t know when its coming. @evleaks has dug up some more specs for the Ascend P6 which include a 4.7-inch 720p display, a 1.5GHz quad-core processor, which Huawei is likely to build. Of course it’ll have Huawei’s Emotion UI along with a 8MP BSI camera on the back with a 4cm macro. It also has a 5MP front-facing camera. Which kinda confuses us as to whether this is a mid-range or high-end device. The specs look like a mid-range until you see the 5MP front-facing camera. That’s a big step over the 2MP and 2.1MP camera’s we see on the front right now.

We are also about a week away from getting official confirmation on this device. But at this point, it could be anything. We are hoping that it’ll have Android 4.2.2 on board, but nothing’s confirmed at this time. The device is expected to go on sale for 2498 Yuan which is about $407 USD. And that would be the full price. Not bad for a 4.7-inch device with a 720p display right? Meanwhile Huawei also has a 6.1-inch Ascend Mate to fight with Samsung’s Galaxy Mega 6.3 and Sony’s rumored 6.44 Xperia ZU. 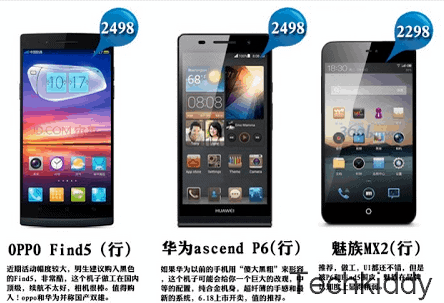 How many of you would be interested in the Huawei Ascend P6? Let us know in the comments down below.