Google Glass has been photographed many a time, and now that the Explorer Program is in full swing, there’s been more info surrounding the device than we thought we’d see this early on. Of course, with Glass being something pretty much right out of the future, it’s a given that we want to see what’s inside the thing, and just what it is that makes this device tick. The folks over at CatWig have done an excellent job at tearing apart Glass for us all to see under its skin. Let’s take a look at some of the more interesting things that they found out as they had a peak inside. 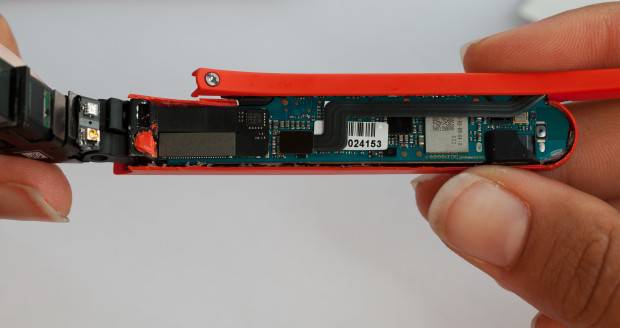 Powering the device is a TI OMAP 4430, 16GB of SanDisk flash memory, some mobile DRAM and there’s a cheeky little note that reads “>9K”, clearly the folks at Google are acutely aware that this looks something out of Dragonball Z and are referencing the “It’s over 9000!” meme. It’s times like these you have to love Google, right? 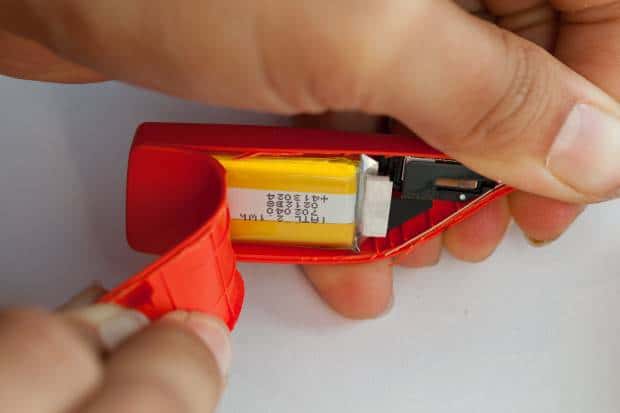 In the section of Glass that sits behind the user’s ear is the battery. There have been concerns about Google Glass’ battery life and the battery here seems to confirm why; this is only a 570 mAh battery. Now, that might not seem like a small battery considering how thin Glass is but, when you think about the new technology that’s at use in Glass, it’s not a lot of juice really, especially considering that camera manufacturers have been packing 1,000 mAh units into thinner batteries for some time now. 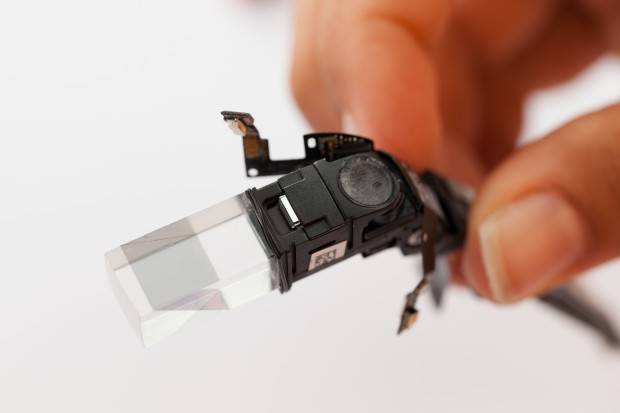 The display, camera and other sensors are housed on another small flex board towards the front of the device. The display has a native resolution of 640 x 360 and it’s really quite impressive when you see how small the display is, especially when compared to a dime: 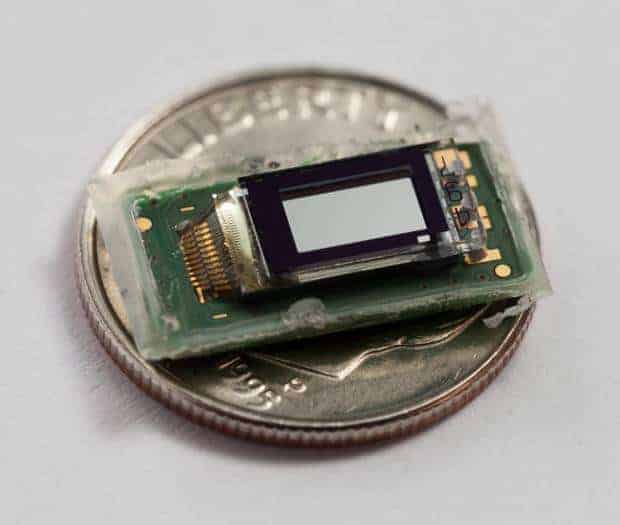 While Glass might look and seem something that’s glued together around a snap-on case, CatWig found that the device was of a high-quality standard (it must be for that price, right?) and they even managed to put Glass back together. Not only did they manage to put the device back together but, it still functions. If there are any explorers out there, please don’t try this at home. Please?

Head on over to the source link to read the full teardown and get the nitty-gritty.