It has been a long time since last we saw a new Transformer device from Asus, and it’s probably because Asus waited on Nvidia to release its new chip, about a year and a half after the last Transformer Pad Infinity was introduced with Tegra 3 (December 2011). However, the wait may have been worth it. Just take a look at some of its specs: 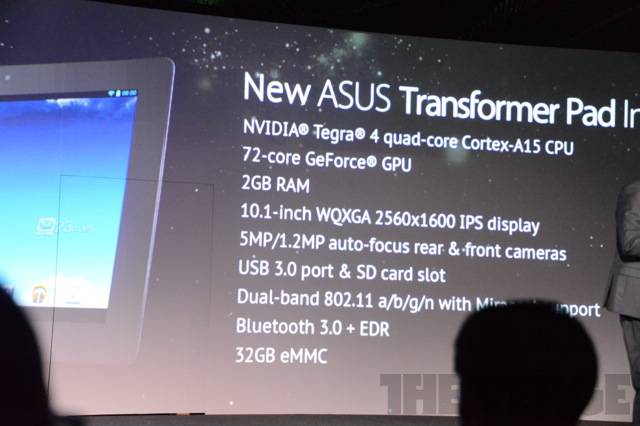 The most exciting features of this new tablet are definitely the processor and the resolution. We haven’t seen Tegra 4 in devices so far, and it should be one of the fastest mobile processors on the market. There are some concerns over battery life, but Transfomers have always gotten like 15h+ with the dock, anyway, so even if Tegra 4 is not the most efficient chip out there, you should still get at the very least 10h, if not even 12h of battery life with this. That’s more than a full day’s work. 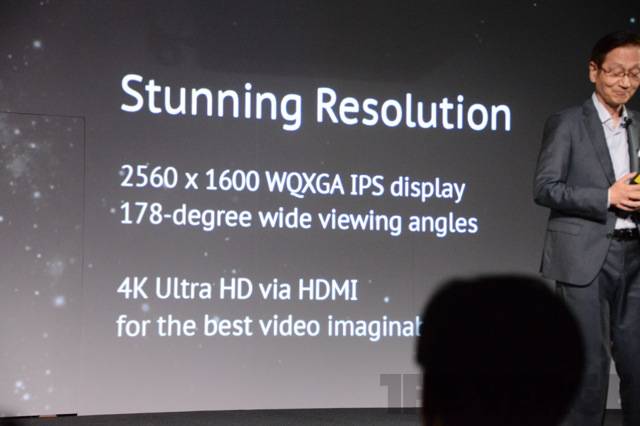 Another interesting addition is the USB 3.0 support, so you should be able to transfer files pretty quickly to it, or from it. It also supports 4k video playback, thanks to Tegra 4, although it remains to be seen if Tegra 4 can really handle it. I don’t usually trust the new high-resolution support of a chip, if it’s the first time it’s doing that. 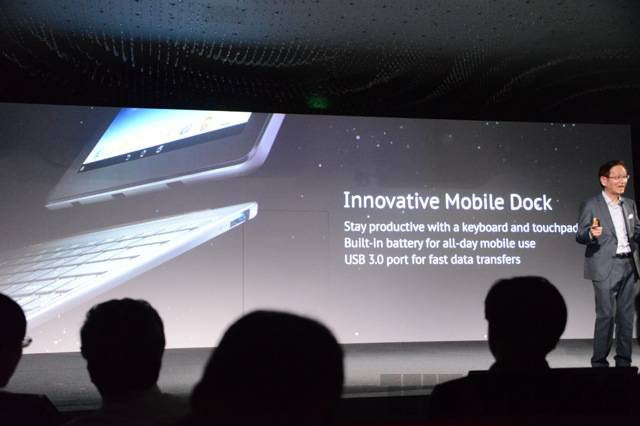 Tegra 4 is the first from the Tegra line-up to support 4k video, so it might barely be able to do it. It should support the 2560×1600 resolution very well, though, since the GPU is more in iPad 4 range, and Apple even used a similar resolution on iPad 3, which had a GPU that was  half as powerful.

Overall, the new Transformer seems very interesting, and if Android 5.0 brings a new UI that is more suited for Android “hybrids”, it should soon be that much better, especially considering Asus is very good with upgrades. The device should launch this fall for $400 only the tablet, or $500 with the dock.