There are so many different backup and restoring apps out there. Including a couple of my personal favorites Titanium Backup and Helium. But today we were introduced to a new backup/restore app which is truBackup. It has a simple, clean and ease of use design. This is the backup assistant you need, it has very powerful features and ease of use which makes the phone backup and restore activity simple. The developers claim they designed truBackup with one principle "My Backup My Cloud." 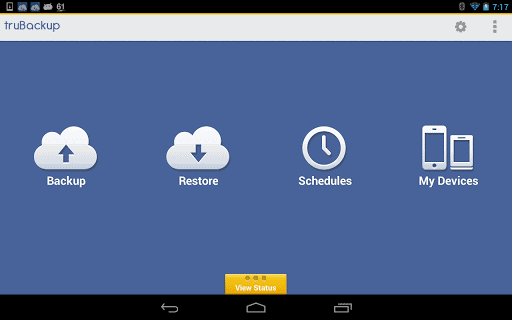 Some of the features of truBackup include flexible storage media SD backup. This basically allows you to configure the mobile backup onto your SD card or move your data into the cloud. Using services like Dropbox. You can also do Incremental backups, which sounds self-explanatory right? Instead of backing up the entire phone or tablet again, you just backup what has changed since the last backup.

Additionally you get Scheduled backups, multiple device backup and restore tools, restore files 24/7, logs & reports, personal backups and more. truBackup is free, but there is a premium license which you can buy with plenty of goodies. Right now the license is going for $2.99. Which is not too bad considering all the features truBackup has for you. 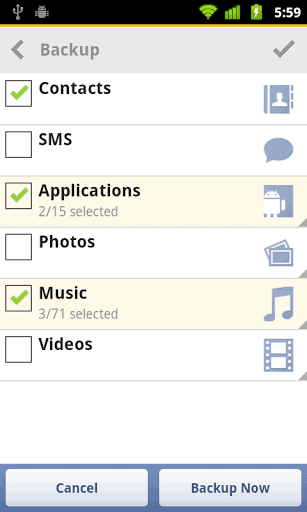 truBackup has around 10,000 installs with about a 4.5-star rating on average. Some of the top reviews speak pretty highly of the app, which is always great when you're looking at installing a new app. truBackup weighs in at about 1.5MB in size. So it's not to large and it's sitting at version 2.3.8. I'm hoping to see many more features coming to truBackup soon as it appears to be a pretty good backup service at launch.