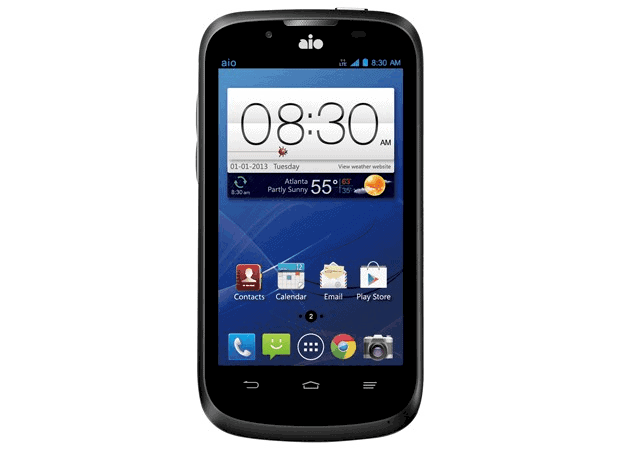 Are you ready for another MVNO? Well here's Aio Wireless which is another prepaid carrier that operates off of the AT&T network. It's competing with the many other MVNO's that operate on AT&T's network like Straight Talk, Net10, Simple Mobile and there's a few others. When we first heard about Aio wireless we figured that it wouldn't offer any LTE service, at least at launch. Since no other MVNO's have LTE service, except those that use T-Mobile's network. But Aio has just announced that they are activating LTE coverage for it's current customers. Right now Aio is only available in Texas and Florida.

Along with the new LTE network, Aio is also introducing a new LTE phone. Which is the ZTE overture. It's a 4-inch device running Jelly Bean. So far the other specs regarding the device are not mentioned. Not even the price of the device has been mentioned or availability.

This looks like it's just the beginning for Aio. They have said they are going to be increasing their coverage over the next year and growing their handset selection as well. So if you're looking for a new prepaid carrier or MVNO, you'll want to check out Aio, along with the many others out there like Straight Talk, Simple Mobile, Solavei, and Net10. You'll find some really good deals on many of those MVNOs.

How many of you are currently using a prepaid carrier for your device? Would you switch to Aio when they bring coverage to your area? Getting LTE on a prepaid carrier is a pretty big deal. As we said already, LTE is only available on T-Mobile's prepaid carriers. Let us know in the comments below.