Way back in 2010, Google shocked everyone when it announced that it would be building a gigabit speed fiber broadband network. At the time, the company was planning to test the service with anywhere from 50,000 to 500,000 people to see what kind of service it can build to bring Internet to everyone. However, it's always been a little unclear as to what exactly Google considers its fiber efforts. Some people have speculated that it's simply a hobby for Google and that it won't really transform the broadband industry. While speaking at the Fiber-to-the-Home Council meeting, though, a Google executive explained that the company has huge plans for the service in the long run.

While speaking in Kansas City at the Fiber-to-the-Home Council meeting, Milo Medin, vice president of access services for Google, explained that the city is not just a testbed for new Google Fiber, as the company hopes Fiber will soon become a real business that is profitable. "We expect to make money from Google Fiber," he said. "This is a great business to be in."

Google Fiber offers 1Gbps in downloads and uploads to users, as well as a bundled TV service that operates over the fiber network. Some people speculated that the company built this infrastructure to simply test new services and advertising models, while others wondered if it was just Google's way of bullying the other cable companies into offering higher speed services to their customers. But in reality, the company sees it as a real business. Though at first, Google didn't see it as becoming a profitable and viable business.

Medin says that the idea for Google Fiber came about when Google was talking with the Federal Communications Commission about the National Broadband Plan and clamoring for a "gigabit bill" to be introduced that would include suggestions for ways to build and fund new and faster broadband networks.

"But then someone on the management team said, 'If we really think this is important, why whine to the government, when we can do it ourselves,'" he said.

Google then planned to let cities know that Google wanted to build a 1Gbps network and see who was most interested in the service. "We thought a handful of cities would say they were interested," Medin said. "Then we saw that 1,100 communities replied. No one at the time thought there was a real business here. But that changed when we saw the interest." 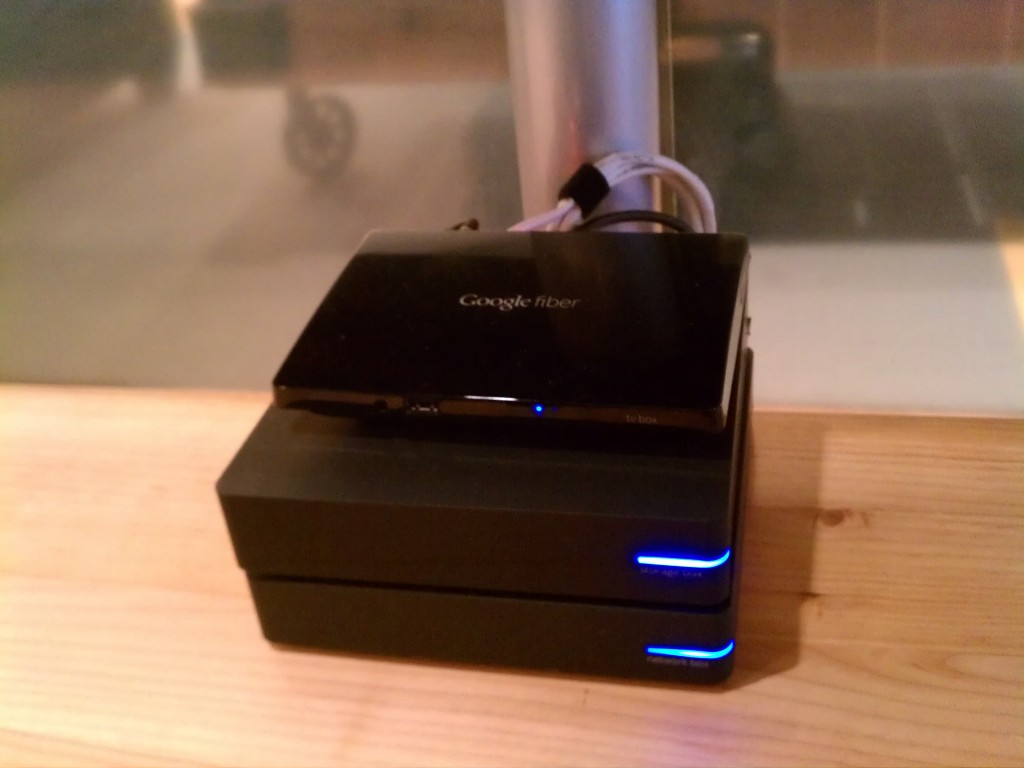 With Fiber, Google really wanted to push the limits with both speed and pricing, and so far they have done that. The company offers a 5Mbps for free to customers with a $300 installation fee that can be paid off over two years. In addition to that, the company offers a 1Gbps service for $70 a month. Those prices are unheard of. I currently pay $60 a month 30Mbps down and 3Mbps up, which is truly pathetic when compared to what Google offers.

While Medin admits that many people don't need 1Gbps right now, he says Google is building for the future. "We're trying to build a business for the next 10 years, not the last 10 years," he said. "I remember a time when people thought that they'd never use 5Mbps of service. Now you do that streaming a couple of movies."

The big question is, of course, how Google plans to make fiber profitable. For one, the company is only deploying the technology where there is interest. In more spread out and wealthier areas of Kansas City, the first Fiber city, Google set a threshold of 25 percent of residents signing up for service. In more dense areas, where the installation cost is less, the barrier was at 5 percent. And in places where the cost of deploying fiber is right in the middle, Google set a threshold of 10 percent of residents. The company also uses existing infrastructure to build out fiber, as well as working with independent companies to assist in the process. While Google is currently not making a profit with its fiber network, Medin admitted that overall, the losses are not have an impact on Google's overall finances. 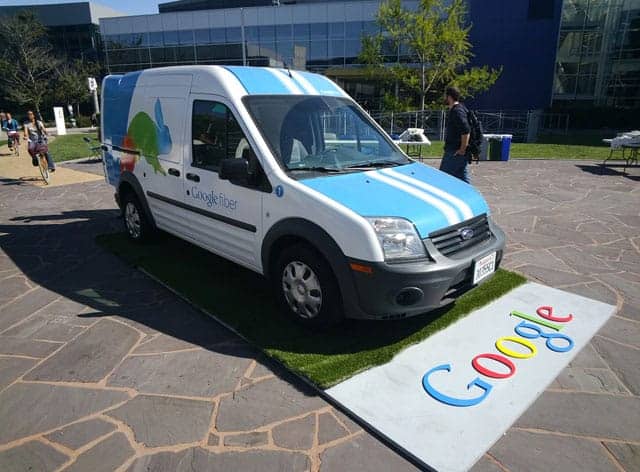 Right now, Google Fiber is a relatively small part of Google's life. I hope, however, that the other broadband providers see it as a serious threat to their business and finally wake up and care about their customers. Let's face it, the United States is all sorts of a mess when it comes to supplying Internet to its citizens. You have companies throttling speeds, shutting off service for illegal downloads, and much more. On top of all that, the prices are outrageous for what you get. As I mentioned before, Google offers much better prices AND for$50 more they include cable service with DVRs that actually work and can record up to 8 shows at once and have 2TB of storage. For my two, crummy DVRs, I pay $40 a month. More than half of what Google charges for 1Gbps connection and TV. That just doesn't seem right.

I love hearing that Google sees fiber as a business and not just a hobby, too. Google has a history of half-launching services, then within a year or so, totally shutting them down, but I'm incredibly glad that is not the case with fiber. While it may take a while, hopefully Google Fiber will sometime be available to a good portion of the population. If other cable companies don't wake up, than they are going to be in huge trouble when fiber comes to their town and steals all of their business, and I honestly won't feel bad for them at all.

Google Fiber is also going to be huge for the millions of people who can't afford broadband service or don't want to deal with cable companies. For free, the company offers 5Mbps of service, which is outstanding. Eric Schmidt has spoken out before that Google will connect everyone to the internet by 2020, and with services like this, it truly is possible. Can you imagine what Google will start to do when they become profitable with fiber? We're talking large-scale rollouts to millions of people.

Google Fiber is also huge for schools, businesses, and public libraries. For example, in Provo, Utah, the company is offering free 1Gbps service to all public libraries. Yet, in my area, the libraries don't even have modern computers. There is so much messed up with the way broadband service is distributed right now, and I really hope Google is able to wake the corrupted companies.

Google can and will revolutionize the broadband market, and I can not wait to see it happen.

Trusted By Millions
Independent, Expert Android News You Can Trust, Since 2010
Publishing More Android Than Anyone Else
36
Today
72
This Week
586
This Month.
8033
This Year
109505
All Time