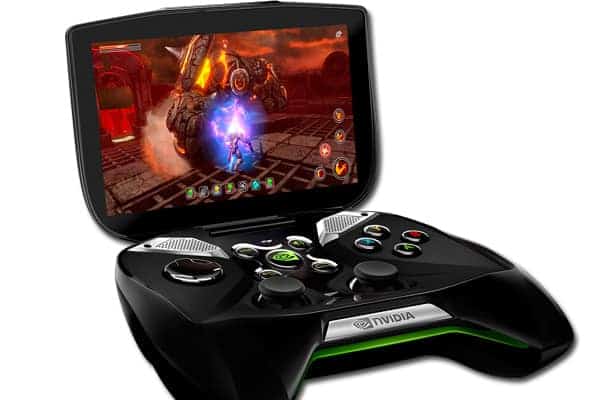 Roger Cheng wrote an opinion piece for c|net on Thursday of this week giving his thoughts on the value proposition offered by the Nvidia Shield Android based handheld game console. While his thoughts on the Shield are interesting, he couldn't be more wrong.

Let me start by saying this: the Shield just might sell well enough to not get itself killed after its first six months on the market, but if it does, it won't be on the strength of the Android game catalog alone. If the Shield is to survive long enough to see a hardware refresh, it'll be on the value that the PC gaming crowd sees in the off computer screen streaming option that the Shield offers instead.

Now, on to Mr. Cheng's theory. When you look just at the numbers, there are a lot of people playing games on mobile. iOS seemed to be the runaway mobile gaming king, but just like at every other turn in the mobile OS race, Android has at the very least caught up to iOS gaming quality. There's a rich mixture of games, from children's titles to puzzle games and shooters. There are sims, tower defense games, 2D platformers and card games. If there's something that you're looking for in a game on Google Play, you're going to find something to fill your free time with. And you're probably really going to enjoy it.

The games are mostly inexpensive, but increasingly the games are becoming free to play, meaning that you can download the game and enjoy reduced features, fewer tools or in-game items or limited time to play daily. You can buy credits, coins or items to move your game along quicker, or to extend your daily game limits, but you still get a lot of opportunity to play most of these games without ever spending a dollar on in-app purchases.

Mr. Cheng had this to say when he described what is, in his mind, the target market for the Nvidia Shield:

Shield certainly isn't for everyone. The device is really designed for hard-core gamers or people who are fans of physical controls.

But that right there is the problem.

I do believe that we are just entering into the golden age of mobile gaming. The games have been plentiful, and they've been pretty good in the past, but the best is yet to come. Proof of that lies in the quality titles that have been released recently.

Mr Cheng points out EA's Real Racing 3 as an example of a mobile game that is of handheld console quality. He's right, but that's really not the only one. Mass Effect: Infiltrator, Modern Combat 4, Sonic 4 Episode l & ll and Rayman Jungle Run are all excellent examples of games that, while they may not be strong enough for a packaged retail release, they'd all do exceedingly well as digital downloads on the 3DS or the PlayStation Vita.

In addition, Square Enix has released several Final Fantasy games for Android. FF is a legendary series with an insanely loyal fanbase that hangs on every scrap of news about a new version. Many think its old and tired, but every new release brings millions of fans back to the Final Fantasy world. On Android, Final Fantasy IV is the top new paid Android game right now. But it's also $16. Again, these Final Fantasy games would kill it on the Vita, and the Vita could use the help, but these are mobile games.

It's very true that the Nintendo 3DS and the PlayStation Vita both stumbled out of the gate when released. The 3DS in 2011, and the Vita in 2012. Both consoles were released at a pretty high price, and neither console had the library of games available that are required to move dedicated gaming consoles.

That isn't to say that neither console had games available on launch. The 3DS had a few launch window games that were available at retail and in the eShop, but it also had the benefit of being compatible with nearly every Nintendo DS game ever made. You'd think that having access to the extensive selection of games for the best selling dedicated game console in the history of the industry would shift some hardware. Nintendo certainly did, but they were wrong.

The Vita had a few launch window games as well, but it also had the ever expanding library of digital downloads from the previous PlayStation Portable models to help it along. It was, and indeed still is an impressive back catalog of titles, but combined with the lack of high quality 1st and 3rd party retail titles, the Vita has spent its first year of life in the sales basement.

The 3DS got a price cut at the 6 month mark, and then a flood of games that people were happy to pay $40 to get their hands on. Mario, Luigi, Zelda, Fire Emblem, Skyfox, Resident Evil, Mario Kart and on and on and on. With a lower price, and deep catalog of current 1st party game titles, the 3DS is a runaway success, and it alone is the reason why Nintendo isn't deeper in the red than they are after the Wii U's own stumble, also caused by a lack of quality games.

The Vita has yet to see its catalog of AAA games expand beyond the few that are available. The Vita is a beautiful, well balanced piece of hardware that is a joy to play, but few people are buying a $250 console that doesn't offer a wide selection of games that the hardcore crowd wants to play.

That's the scenario that Nvidia is going to find itself in with the Shield. Hardcore gamers don't buy $300 consoles for free to play or .99 mini games. They want Uncharted, Assassin's Creed, Call of Duty, Super Mario 3D Land, The Legend of Zelda, Fire Emblem and Resident Evil. These are all games that offer what most mobile games don't: extensive play time and deep story lines.

Mobile gaming certainly has come a very long way in a really short period of time, and its here to stay. More and more people will download more and more games to play on their phone or tablet, and the time that they spend playing those games is going to rise year over year. Those are all very inevitable facts.

But phones and tablets are something that people already have. They are multi-purpose devices that go everywhere their owner goes. Phones are in our pockets, tablets are in our backpacks or purses. There's a wide array of time filling games that people can play on the bus or the train to and from their daily activities, on the devices that they already have. No $300 dedicated Android gaming console required.

The Nvidia Shield isn't what the casual mobile gamer is going to want. It's an extra device when convergence is what people are all about. Hardcore gamers aren't going to buy it either, because the Shield won't have the games that they want to play available in sufficient quantities to justify a $300 console purchase.

The Nvidia Shield is a solution looking for a problem to solve, but the problem doesn't exist. At $199, I would love to see what the Shield is all about. At $149, I think they sell like crazy. At $299, there's a very limited audience of people that are going to be willing to pay that price of admission.