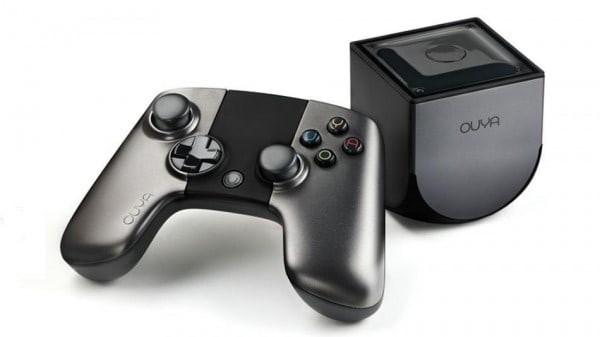 Over the weekend Nate Swanner at Android Authority wrote a piece proclaiming that console gaming is in serious trouble, and that Android is to blame. Nate cites the Nvidia Shield as one of the examples of Android based devices that will help lead the Android charge into console gaming, but I've already covered that this week, so I'm going to focus on the rest.

As is stated in the article, month-over-month, year-over-year console and game sales are down, but there are a couple of facts about that statement that need to be understood.

First, most blogs and news outlets like the one linked in the article use sales estimates from the NPD Group when reporting on console game sales. NPD doesn't report digital download sales, which make up a significant portion of total sales. On Monday of last week, gaming website IGN reported that console game sales were down 44% year-over-year, failing to mention that NPD, their source for the data only measures physical software sales and not digital download sales. On that same day, gaming website Gamasutra told their readers that due to the missing data on digital sales that NPD Group doesn't have access to, the monthly sales reports don't reflect an accurate picture of total game sales and that they would no longer use NPD Group reports in their articles.

Second, while it's true that console sales are down, the article totally ignores the fact that historically, console sales always tank at the end of the console generation. Nintendo has already entered into the 8th console generation by releasing their new Wii U in November of 2012, and both Sony and Microsoft will release their new console entries late this year. This generation, just like the last, the consoles that the Wii, Xbox 360 and PS3 replaced all saw significant sales declines in the final two years or so of their sales cycle.

The runaway success of Android, and by extension the success of gaming on Android has been nothing short of amazing. Google's introduction of Google Play game services brought the much needed social and multiplayer features that solidifies Android's place as the mobile gaming leader. None of that means that home consoles that play mobile games, powered by Android are going to do to the home console what Android has done to the mobile OS space.

Home console sales pale in comparison to overall Android sales totals. There have been a billion Android devices sold to date, and in roughly that same time frame there were 250 million home consoles sold. You'd think, given the sheer number of Android gamers compared to console gamers that Ouya preorders would far outpace the new PS4 and Xbox One, wouldn't you?

The Ouya is only $100 compared to the $350 Wii U, the $399 PS4 and the $499 Xbox One. It runs those mobile games that everyone just can't get enough of, and it provides that quick burst of gaming that everyone wants. These more expensive consoles? Nobody wants those things, right? I mean, nobody is looking to spend hours engrossed in console games when these short burst mobile games come to the TV. Right? Right?

Well, for some that is the case. Nate certainly isn't alone. Look at the top 100 products in the Amazon video game category, and you'll see that there are still more than a few people, like me that want that full console experience. That top 10 list is full of games, accessories and systems, none of which are the Ouya. Xbox One is there. The PS4? Yep, Sony has quite a few of those spots for themselves. Even Nintendo is there with their latest hotness game for the 3DS. The Ouya? Strangely absent.

There's that old saying that a rising tide lifts all boats, only it really doesn't. The fact that the Ouya, the Mad Catz MOJO and the Nvidia Shield all run on Android doesn't guarantee them success. Let alone does it justify declaring them the greatest threat to traditional console gaming.

Lots of people are going to buy an Ouya or a MOJO, and some will even buy the Shield. Gamers that want deep story lines, rich graphics and AAA titles are still going to buy a PS4, Xbox One or a Wii U, because that's the only place that those games can be found.