When it comes to Android smartphones and tablets, Acer is not a name that you instantly think of in the United States, maybe more so when it comes to tablets but, they're still very much "that laptop manufacturer" in the States. While Acer haven't really made much of a go at the smartphone space in America, they've been slowly making a go of it in Europe and elsewhere since they announced they were entering the market way back in 2009.

Since then, we've seen Acer focus on the mid-range of smartphones, cutting a compromise between affordability and performance. Pocket-Lint got the opportunity to have a few words with Allen Burne, EMEA vice president of smartphones for Acer among others, and he had some interesting things to say about Android, their strategy in the smartphone market and design. 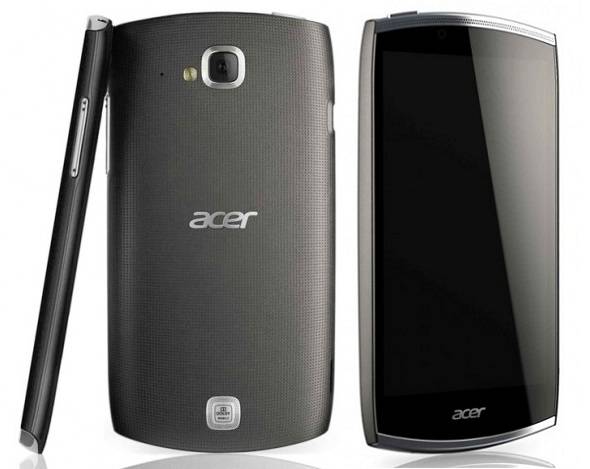 Even if you look at Acer's laptops of old, they're not a company known for great design but, in the smartphone side of things they're fast trying to change that. In fact, they had a critically acclaimed smartphone on their hands with the Cloud Mobile, which won an iF Design Award last year. When talking about the competition, ST Liew, president of the Acer smartphone business group. had this to say:

"If you look at a lot of phones in the market today, they all look like iPhone. It's very difficult to design anything completely different because the screen size dominates the design,"

I can't disagree with such a statement, and when you really think about it – what are smartphone manufacturers to do? In most cases all they have left to play with is the rear of the device, which is the part people care the least about these days. Software is something that most OEMs, the likes of Samsung, HTC and Sony, all feel the need to tinker with these days. Acer however, feel quite differently:

"Android, we think, is a pretty cool OS," says Burnes. "Our software elements, or overlays, are not to re-write Android because we think the system's quite good. There's some dropdowns that we put in to make some of the pain points go away to make the consumer experience a lot better,"

He goes on to detail Android's great flexibility:

"In smartphones, whatever you want to do, you can download from the marketplace [Google Play]. So you don't want to over-engineer the stuff that people can get anyway, but you focus on the enablers"

Acer instead try to focus on their hardware offerings, instead of messing around with the software. They've just announced a new smartphone, the Liquid S1, which is a sizable device that brings with it some premium features. Features such as an incredibly wide front-facing camera and six microphones. While Acer might not be able to compete with the likes of HTC and Samsung, they shouldn't be dismissed either.