Whenever a new Android device hits the market, we often look to our device and think "Man, I could really do with an upgrade" and so we hit Swappa, eBay, Craigslist and places like MazumaMobile and Envirofone in the UK. For those of us heavily interested in mobile technology, trading in our current device to buy the latest and greatest is hardly a new thing for us. I've done it a number of times before, and even if we're in a contract we still somehow find a way to trade our devices in.

The question is though, what happens when a new device is launched into the Android market, what effect does that have on the trade-in value of current and older devices? Well, CompareMyMobile have given us a preview of another of their infographics, in order to answer that question. Join me as I take a look at what they've found out. 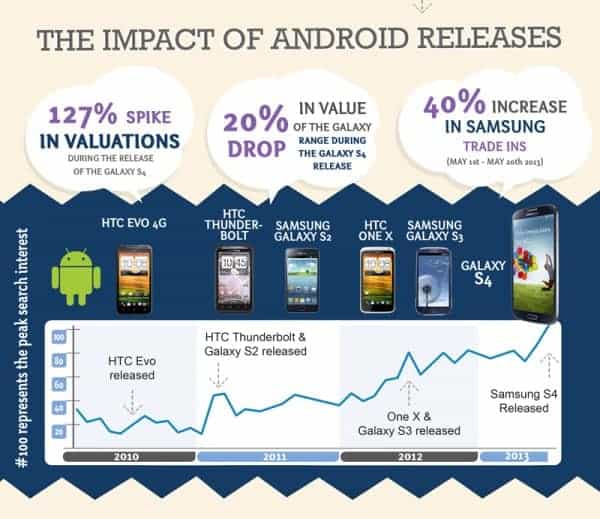 It's clear to see that when the Galaxy S 4 was launched, the Galaxy range took a dive, which is to be expected when you think about it. After all, when a new Galaxy S device launches, there are understandably more people looking to offload that old device. It'd seem that our lust for the latest and greatest is never-ending when it comes to technology, now we live in a world where the smartphone is not just a luxury but almost a staple. I wonder, how many of you traded in your old device to get a new one this year? Be honest in the comments below!

Let's take a look at the most traded-in phones for May 2013. Prices are in GBP so, they're not an accurate representation of what you'd get in the States: 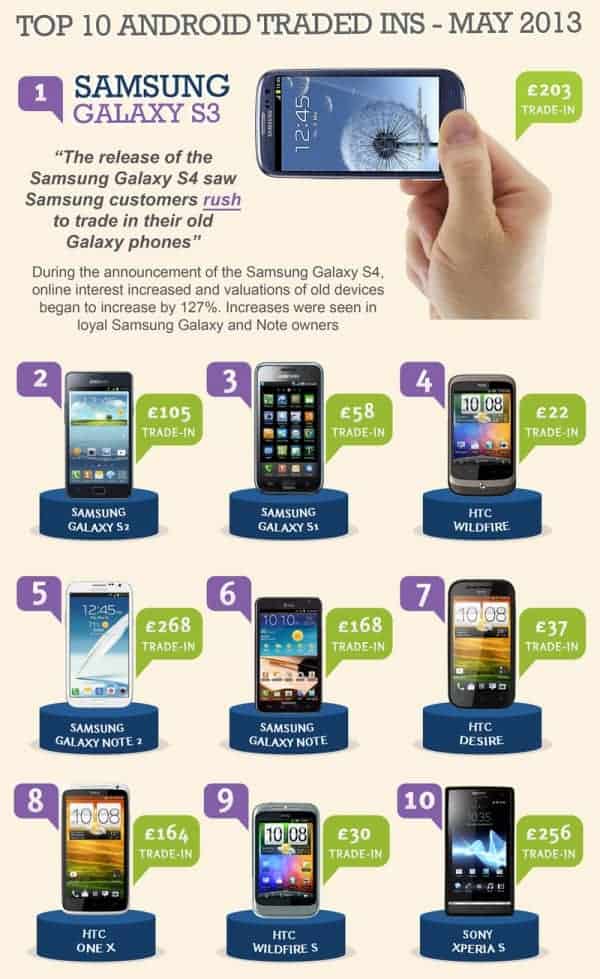 It's clear to see that HTC and Samsung dominate this Top 10, I wonder what those HTC owners are trading in for, another HTC or moving to a Samsung? It's interesting to see that there are four HTC devices in this list, surely this would mean that HTC are still selling relatively well? Of course, Samsung have one more at five devices with the Xperia S creeping in for Sony. On a personal note, the price of the One X saddens me, to see it go for less than the Xperia S, which is arguably an inferior device is a little confusing. Perhaps I should just keep my One X until it gives out on me?

Let us know in the comments what devices you've traded in over the years, and whether or not you make it a regular thing or not.