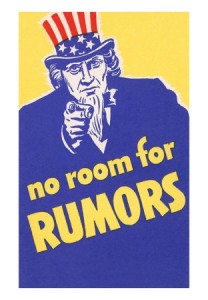 It seems more and more these days that Android news sites are just living in the rumor mill, especially when it comes to potential new products from Google and their new understudy, Motorola. Today is no different, and we are seeing the same old X Phone rumors making the block again. This is weeks after a Google exec. stated that the latest round of Motorola phones are not "wow" by Google's standards and that Google has asked Motorola to tweak the design before moving forward.

Today's rumor also comes from a Chinese analyst, much the same as the very similar X Phone rumors brought forth just a few short weeks ago. This makes us think more and more that these latest rumors have just been a case of someone trying to "get their name in the paper".

This is not a question of publishing rumors, as everyone loves a hot juicy rumor, but a good rumor has sustenance. Its something that people want to read and know about. Good rumors come from trusted sources, not necessarily a tip link on a website. It just seems these days that too many sites are publishing every new mobile device render, or fan idea as news, and even worse when published as fact. Remember how many rumors and renders of the Galaxy S4 were published as fact? I just find it saddening to see only shot-in-the-dark rumor stories on sites that I used to go to for tech/Android news. In my opinion, it is just not worth it to lose readership over trying to be right, first, on that one story. 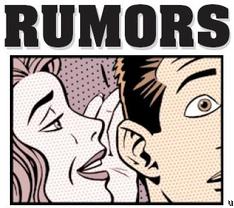 As you can hopefully tell, at Android Headlines, we try to keep those "grain of salt" rumors down to one, sometimes maybe two grains. As much as I love the site that I work for, I still believe that readers want and need a variety of Android news. We are just seeing way too many sites getting caught up the rumor mill rat race.

I may be completely off base here, but would like to hear what you, our readers, think of all of the rumor stories that are constantly making the rounds. Join in on the conversation over at the Android Headlines Google+ page. You can also leave us a comment below with your thoughts on the subject of outlandish and even outright false Android rumors that make the news cycle.