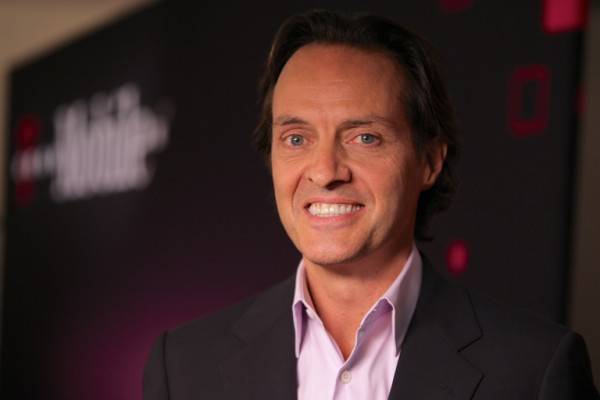 It's that time of year again folks, we've seen the Q1 results come out of a number of different companies and now it's the UNCarrier's turn. T-Mobile has been an interesting company to watch over the past 12 Months, they've slowly moved to a new model in the Wireless Industry and now that it's been finalized, has it made a difference? Well, it's still early days and these Q1 Results from T-Mo suggest some good news and some bad news. The bad news is that revenue fell another 5% for the second quarter running, the good news is: they still made $4.7 Billion in Revenue.

Some more good news is that in Q1 the carrier that's not a carrier picked up 579,000 new subscribers and enjoyed their lowest client turnover rate since 2008 of just 1.9%. A lot of this is said to be down the iPhone, which is hardly surprising consider their attractive pricing. So, it seems that the iPhone has been a shot in the arm for T-Mobile and the change to becoming an UNCarrier is showing positive signs.

It's not all roses of course, the company's revenue dropped, as we noted above, around 5% to $4.7 Billion from $4.9 Billion in Q4 2012. Post-paid revenue fell about the same to $3.2 Billion and net income fell year-on-year to $107 Million from $200 Million but, this is up over last quarter, in which the company took a small loss.

Overall, it seems things are looking up for T-Mobile and with the recent merger with MetroPCS now finalized, there could be more good news on the horizon. They're slowly but surely rolling out their LTE network at long last and if you're in good coverage with T-Mobile it seems now is a good time to be a customer of theirs. We hope that T-Mobile do continue to compete with AT&T and Verizon, after all competition is the only thing that giants like those are going to listen to.

Are you a T-Mobile customer? Have you signed up to one of their new plans as part of their push to become an UNcarrier? Let us know in the comments!