One thing Samsung did in 2012 that was different than previous years was control the amount of devices it launch, especially in the United States. The company sill launched more than it should have, but it was nowhere near as bad as in previous years. Many people believe that one of HTC’s, and in some ways Motorola’s, biggest problems was launching way too many devices way too fast. Motorola did it with the RAZR and RAZR MAXX and ticked off many of its users, which for a struggling company, is never good. We’re hoping that in 2013, Samsung continues to cut down on the number devices it launches, but so far, it does not look good. 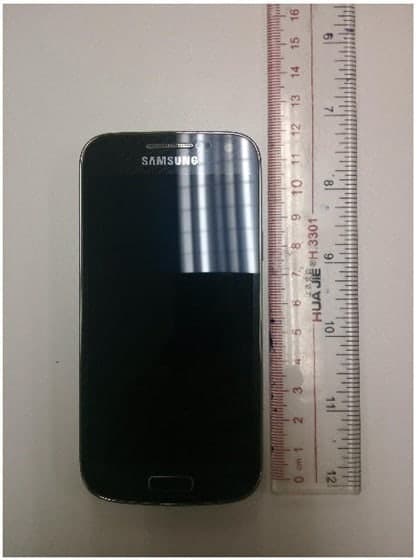 As phones are getting bigger and bigger in terms of screen size, it looks like Samsung may be trying to cater towards some of the users who do not want such a big screen. Chinese site Weibo has gotten its hands on pictures of the what it believes to be the Galaxy S4 Mini. As the name implies, the Galaxy S4 Mini is essentially a shrunk down Galaxy S4. Instead of the 5-inch display on the full size device, the Galaxy S4 Mini features a smaller 4.3-inch panel. Unfortunately, with a smaller screen comes less-awesome specifications. The pixel density on the S4 Mini drops down to 256ppi, as opposed to 441ppi on the regular Galaxy S4. Also, instead of the octo-core Exynos 5 or Snapdragon 600 processors found in the super-sized Galaxy S4, the Mini features a less-impressive 1.6GHz dual-core chip.

As far as design goes, the Galaxy S4 Mini looks a lot like the normal Galaxy S4. From the front, it looks almost identical, except for the smaller screen, of course. The back seems to feature some sort of dotted design, which in my opinion, does not look all that great. 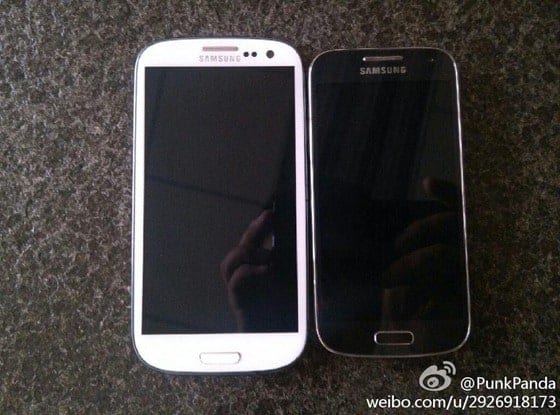 One thing that really disappoints me is the huge drop in specs and screen-quality with the Galaxy S4 Mini. Just because someone wants a smaller screen doesn’t mean they want a device with year old internals.

What do you think of Samsung launching a Galaxy S4 Mini? Is it something you’d be interested in?