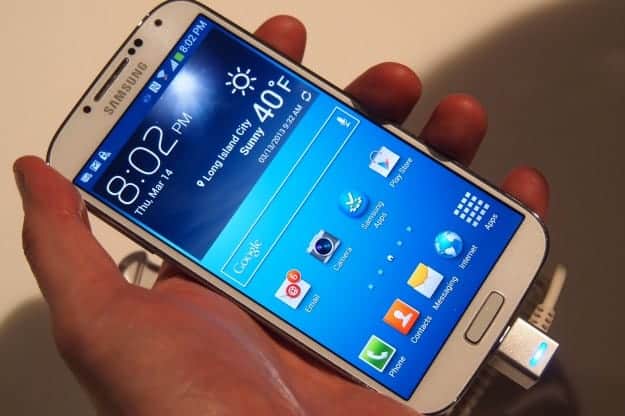 There are a lot of smartphone consumers out there who need a device that can stand up to the natural elements. Currently if you need something capable of taking a Bear Grylls type beating, you are pretty much limited to just the mid/low end military standard grade Kyocera Torque on Sprint. Most of us though are the type of people who don't go mountain climbing one weekend and spelunking the next, so what we want is a phone that can take the occasional toilet plunge or rainstorm without having it become a paper weight. Throw in the fact that we also require high end specs as well and the only thing left standing is Sony's 2013 flagship the Xperia Z.

Well if Sony isn't your bag and you are more of a Samsung fan boy then we have some good news for you. It looks like the oft rumored water and dust proof Samsung Galaxy S IV "Active" is about to make it's debut on the world stage.

In the past few days a new document has been making the rounds showing that a rugged version of this year's Samsung flagship is in the bluetooth certification phase. The device in question has the model number GT-I9295 which has been connected to the Galaxy S IV "Active" in the past. The Bluetooth SIG Organization are the people who trademark and oversee development of the Bluetooth standard by publishing Bluetooth specifications, administering the qualification program, protecting the Bluetooth trademarks, and Evangelizing Bluetooth wireless technology.

The news of the Galaxy S IV "Active" passing this round of tests follows a similar line of last months Bluetooth SIG certification of Samsung's Galaxy S IV "Mini", so this is pretty solid information as it stands right now. Additionally we know that this device will launch in Europe at first sometime around "week 29", or the week of June 24. It also looks like the handset will initially only be available in "Orange Metallic" color, which is most likely a way to distinguis it from the rest of the Galaxy S IV lineup.

I wonder how many people who are in the market for this type of device will forego Sony's Xperia Z in favor of Samsung's newest water and dust proof offering. Has this changed your mind about getting one? Let us know in the comments.