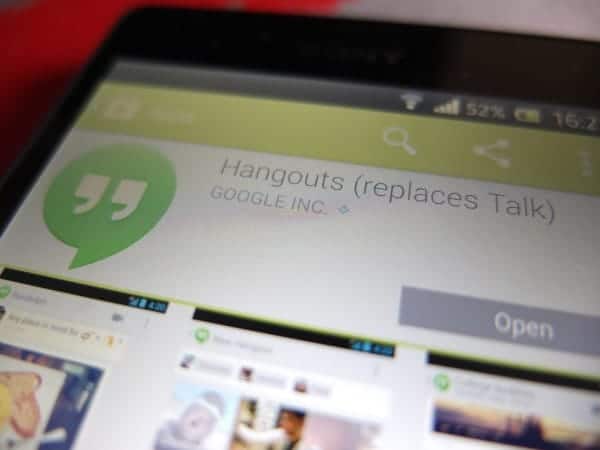 At yesterday's keynote, hangouts was finally announce to much fanfare and while we all thought that it was going to unify messaging in some big way, it seems to be more of just another messaging app, than anything else. Mostly because it replaces Talk and brings in the redundant Google+ messenger as well. It's available to install from the Play Store now but, for some the update has still not rolled out to everybody. Of course, this being a Google product, a lot of us are already wanting more from it and it would seem that Google are going to bring it to us.

One of the biggest issues with Hangouts right now is that it doesn't bring in SMS or any other form of messaging outside of Google's. Which is fine for a lot of us but, for those texting iPhone users, Windows Phone users or BlackBerry users, Hangouts can quickly become another one of those apps that you won't be using all that often. On a personal note, my girlfriend is an iPhone user and so it's SMS all the time for us, and a lot of my friends. It'd be far easier for me if I could use one app to communicate with everyone, instead of flitting between both.

Google's G+ community manager of Hangouts and Chat, Dori Storbeck has been chatting to some users on Google+ recently and he's let out that not only is SMS integration their most requested feature but, that it's also "coming soon".

It's great to see Google thinking ahead already and there's nothing to say that Hangouts isn't a great app already, it's a far more fun way to communicate with others and the emphasis on conversations is a real boon for relationships with friends and family. SMS support is certainly going to make Hangouts appeal to a further audience and might just be one more way for Google to get people to sign up to Google+.

Have you got the new app on your devices yet? Let us know what you think in the comments below!