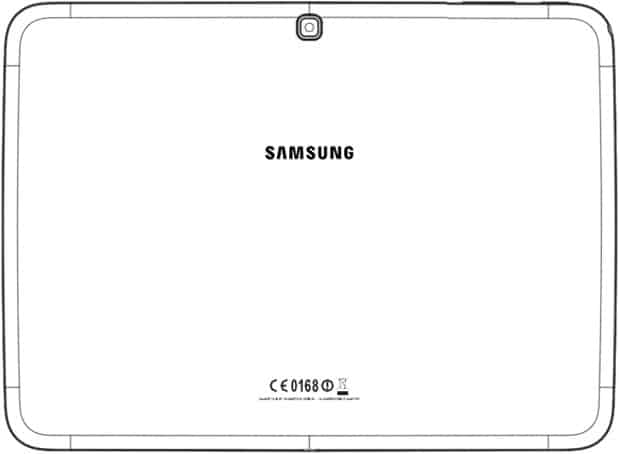 There has been a lot leaked information lately about the newest addition to the Samsung tablet family, the Galaxy Tab 3 10.1. While this information has been coming from some pretty reliable sources it is the latest revelation that is the most solid yet because the FCC is the source. That's tight the Galaxy Tab 3 10.1 (WiFi only model) has made it's way through the United States Federal Communications Commission, which is usually the last stop before it hits the general public, bearing the model number GT-P5210.

You are probably aware that these FCC filings don't give us much of an insight as to what the specifications of an upcoming device carries. That's no problem though because we are here to fill you in with the rest of the deets.

Spec wise the rumor mill has been churning on this device for a little while so here is what we can give you on that front. The GT-P5210, or the WiFi only Galaxy Tab 3 10.1, will reportedly have a 1280 x 800 pixel display on that ten plus inch screen, and the frame will measure 243.1 x 176.1 x 7.95 mm in size. Underneath that surface, the tablet will be running on a 1.6GHz dual core processor and it is also supposed to have 1GB of RAM. Those of you out there who like to have loads and loads of memory will be pleased to hear that this device will have support for microSD cards in both the 16GB and 32GB models. Lastly there will be a pair of cameras on the tab with a front facing 1.3MP camera for video chats as well as "selfies", and there is also a 3MP lense on the rear intended for people who for some reason like to take pictures with a giant device.

As far as pricing goes there have also been some leaks and it comes in at right around what you would expect given the rumored specs. Apparently the 16GB version of the Galaxy Tab 3 10.1 will run consumers $329.99, no a steal but also not a rip off.

There was a lot of people who questioned whether Samsung would continue with the Galaxy Tab line after the success of the Galaxy Note series, but the South Korean manufacturer's strategy continues to be throw everything out there and just flood the market. Anyone in the market for a device like this? Let us know in the comments.