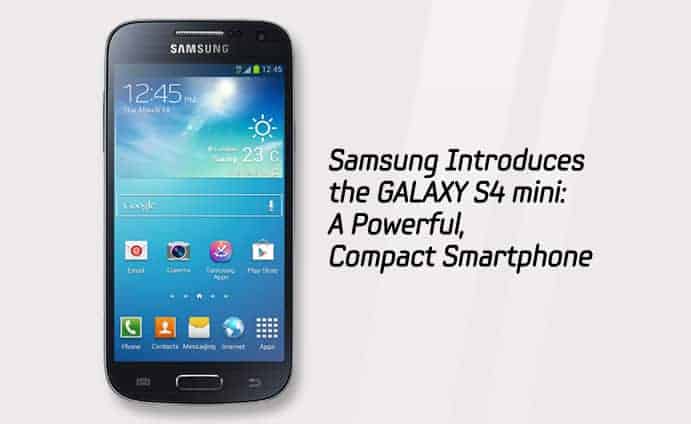 After many leaks, rumors and unofficial confirmations, Samsung has finally officially unveiled the Samsung Galaxy S4 Mini. The phone is supposed to be another device that looks just like the Galaxy S4, but with a 4.3" screen instead of a 5" one, and with somewhat different specs, and of course different price, too (although that remains unannounced for now).

The Galaxy S4 Mini comes with a Super AMOLED display, just like the regular Galaxy S4, but as mentioned above, it's only 4.3" in size, and has a much smaller resolution, too, of only 960×540, compared to 1920×1080 that the Galaxy S4 has. That's almost 200 PPI less (256 vs 441), so the difference in sharpness should be noticeable, at least if you put both side by side. You might not find an issue with it most of the time, although ideally I would've preferred they used a 720p resolution instead. 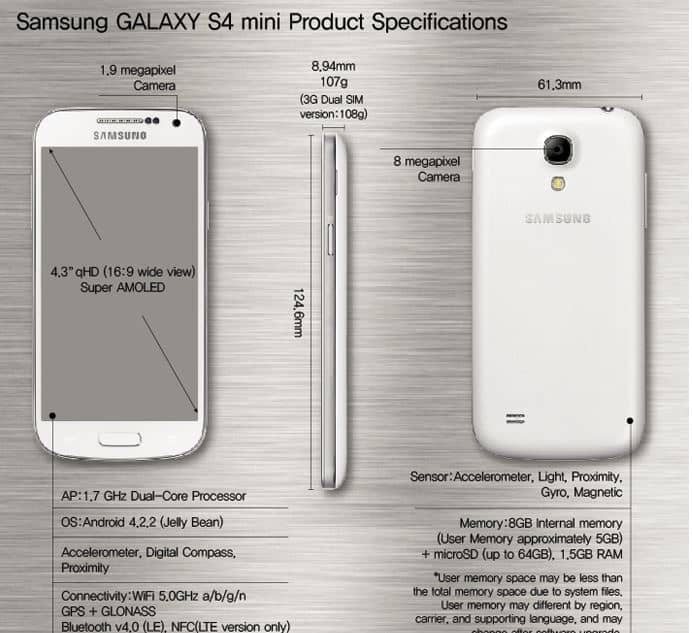 The phone also comes with a "dual core 1.7 Ghz processor", and Samsung seems to try to hide the name of the processor, probably because they are going to use at least two different chips, just like in the Galaxy S4, one an Exynos and the other a Qualcomm chip, and also because they don't want people to learn if it's a weak processor or not. As I've mentioned yesterday, I don't think this is a huge issue with the device for the type of market Samsung wants to sell this device to, but it might upset some customers, if they just wanted a "high-end device" that has a smaller screen.

The Galaxy S4 Mini will have 1.5 GB of RAM, 8 GB of internal storage (unknown how much of it will be free at this point), microSD slot, 8 MP rear camera, 1.9 MP front-camera, and will be almost 9mm thick.

The phone will of course arrive with Android 4.2.2 and all the extra features we've seen in Nature UX 2.0 on the regular Galaxy S4. If this sells for significantly less than Galaxy S4 (hundreds of dollars less), then I could see it become a popular device in the mainstream market, and in places such as Europe and Asia where buying cheaper unlocked phones is the norm, instead of buying heavily subsidized flagship devices like in US.