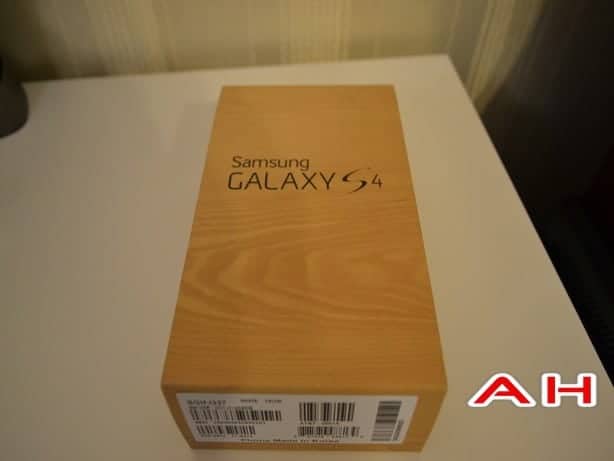 So today, I get home and see a box waiting for me. It turns out to be the Samsung Galaxy S4 from AT&T. So the review phase of the Galaxy S4 begins….now! 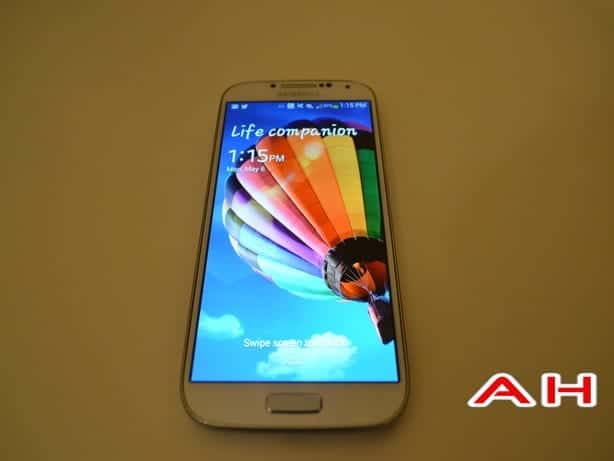 The Galaxy S4 comes in a rather different box than we've seen in the past for the Galaxy S3 and Galaxy Note 2. It's actually made from recycled materials and made to look like it's made of wood. But it's not. It does look pretty nice though. Once you open the box, there's your Galaxy S4. Of course it comes with the standard warranty, instruction manual, etc., and the charger, wall adapter and some headphones. So nothing too special inside the box, just a typical unboxing. 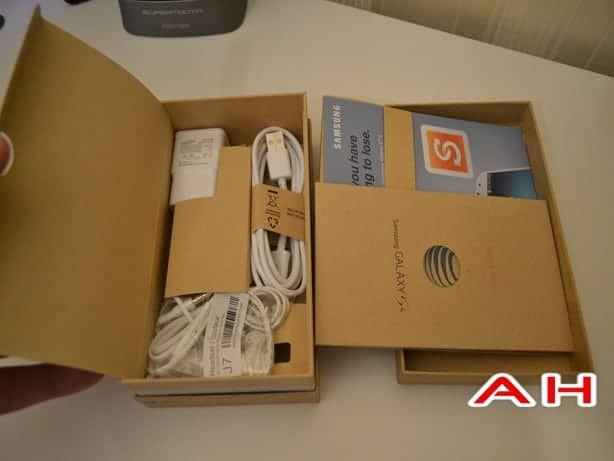 My device powered on automatically, not sure if I hit the power button by mistake or not. But it was fairly quick to turn on. Going through the setup process was quite long, but I'm used to setting up Nexus devices since those are my daily drivers. Once you get finished with the setup process, you can finally enjoy your brand new Galaxy S4. The display is pretty great. You can tell that blues are a bit darker compared to other displays, like the IPS+ on the Nexus 4. It might be a bit hard to show on camera, but I'll see if I can do a video to show everyone. 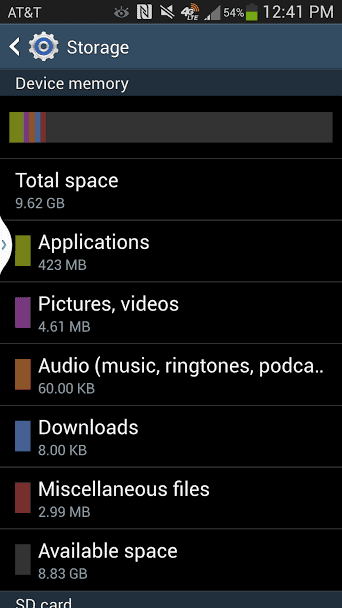 I know everyone will ask about storage, after powering it up and only updating the pre-loaded apps, I had 8.83GB available space on the 16GB model. I guess it's not too bad. But at least you have the microSD card slot right? There are almost 60 apps pre-installed on the Galaxy S4 from AT&T. You can uninstall most of AT&T's bloatware, but I'm afraid you're stuck with Samsung's features and apps unless you root and/or install a custom ROM.

I'll be using the Galaxy S4 exclusively for the next couple of weeks. With devices like the Galaxy S4, there is so much to cover, which makes it hard to do a review in a week or less, so you probably won't see my review for a few weeks. Don't worry though, if you have questions you want answered in the review, feel free to post them in the comments down below and I'll put them on my list to cover in the review. I want the Galaxy S4 review to be the most comprehensive, unbiased review ever done.