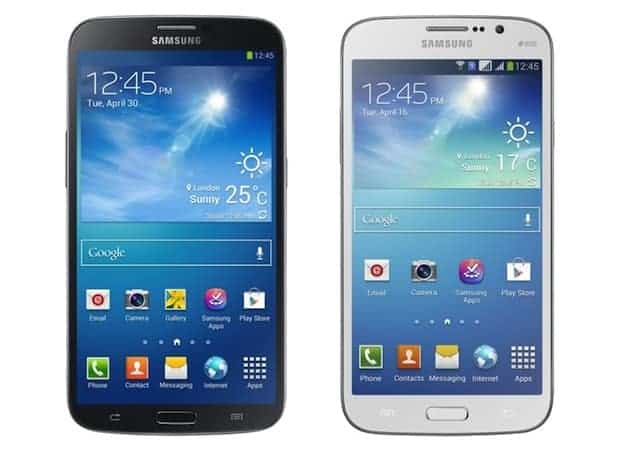 According to @Evleaks, the Samsung Melius is coming to AT&T as model SGH-I527 and of course it's running Android or we wouldn't be covering it. What's crazy about this is that the name Melius was first being associated with a Tizen-based phone. There was a rumor that surfaced not to long ago that claimed both the Melius and Redwood devices would arrive as Tizen devices. But @Evleaks is saying today that SGH-I527 is the Melius and it's definitely an Android device.

What's also interesting is that SGH-I527 was tied to the Samsung Galaxy Mega 6.3. So it sounds like there could be a connection here, between the SGH-I527 and the Galaxy Mega 6.3. But this could be false, since it didn't come from "trusted" sources.

So does this mean the Galaxy Mega is coming to the US? Well Samsung did say they would be launching Globally. They also said nothing about it not coming to the US. But what's really interesting here is what happened to the Tizen plans for the US? We kind of figured it would be coming to developing countries first. Similar to what Mozilla is doing with the Firefox OS. But hey we're always up for checking out a new mobile OS, a little competition never hurt anyone right? Except maybe Nokia and Blackberry.

We'll continue to dig up some answers on this one. But at this point it looks like the SGH-I527 is the Samsung Galaxy Melius. And it should be heading to AT&T, but who knows when. If it is indeed the Galaxy Mega 6.3 on AT&T, will you be looking to pick it up? If you've forgotten the specs on the Galaxy Mega 6.3 and 5.8 for that matter, you can check those out here in our previous coverage. Let us know in the comments below what you think about the Galaxy Melius possibly being the Galaxy Mega 6.3.