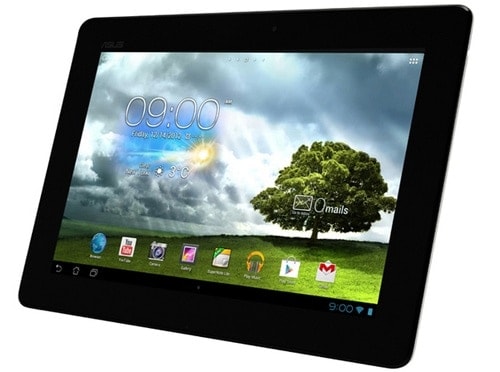 It looks as though there is already a followup to the Asus MeMO Pad Smart 10 tablet in the pipeline and if reports are to believed we should see it start hitting store shelves sooner rather than later. The news of this upcoming slate originally hit the web on a Greek language website named techblog.gr complete with a full spec list.

Now of course I must couch this report by saying that all of this is rumor right now and should be treated as such. Also, I'm relying heavily on "Google Translate" since I haven't been keeping up with my Greek language studies. That being said, if true then the specs that are being attributed to this device will surely make it worthy of your consideration should you be in the market for a 10 inch tablet not named Nexus or iPad.

First things first is that the MeMO Pad Smart 10 will reportedly have the model number ME302KL and be equipped with 4G LTE connectivity. Another claim is that this tablet will be running Jelly Bean out of the box, and although no version number is given we know that the first generation of the MeMo Pad Smart 10 is currently buzzing along on Android 4.2.

The full list of rumored specs are as follows:

In all those are some pretty pedestrian spec bumps, aside from the 4G LTE, from the original MeMO Pad. That device can be purchased from various outlets for less than $300, and can be had in a variety of colors including pink and blue so it's possible this will hit that price point and have similar options. Other than that only a vague reference to "summer" for the release date is all we have to go on with regards to the follow up of the MeMO Pad Smart 10.

Anyone out there pick up the original? What are your thoughts on this one? I can see people scooping up a sub $300 ten inch tablet made by the same people responsible for the Nexus 7, are you one of them? Let us know in the comments.