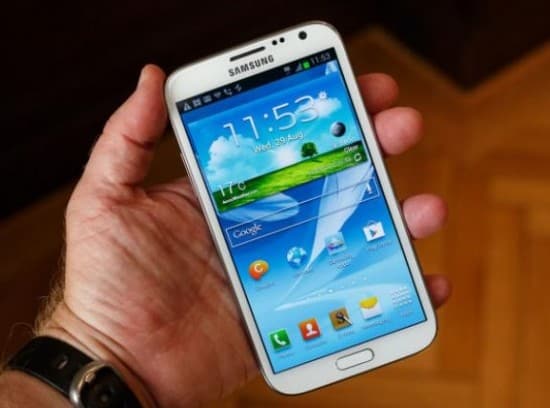 It's about that time again. Galaxy Note 3 rumors are starting to come out of the woodworks like crazy. Just recently, we caught wind of some information that Samsung will equip the latest Note handset with a pretty sizeable camera. Early reports indicate that the Galaxy Note 3 will be equipped with a 13MP rear facing camera that includes Optical Image Stabilization support. Samsung also supposedly wants to implement a 3x optical zoom, but as such they're having trouble keeping the device thin. Of course, all of this information has yet to be confirmed in an official capacity.

All that hubbub aside, we don't know much about the internals- or at least the important ones. We're now hearing rumors that the Galaxy Note 3 will be powered by a Snapdragon 800 processor. Rumors in the past have pointed to the Exynos 5 Octa processor, which means we'll probably see several variants. Just like with the Galaxy S3 and Galaxy S4 that have varying models, the Galaxy Note 3 will probably be equipped with alternate processors based on the region.

Even though the rumors are starting to pour out in droves, we shouldn't expect to see the Galaxy Note 3 until sometime near the end of the year. It is possible Samsung will unveil the Note 3 around IFA, but nothing has been confirmed yet. The Galaxy Note 2 was released in October, which means the Note 3 will probably follow the same timeline.

Other rumored features include:

Furthermore, I'm going to assume that the Galaxy Note 3 will be running Android 4.2 since no new versions have been ousted yet. It's possible the Note 3 will ship with an unreleased version of Android, but I highly doubt it. Samsung is pretty good about providing OTA updates for their devices, though.

What would you like to see included in the Galaxy Note 3? What are the features that you feel would entice you to upgrade? Are you happier with the Galaxy S4 instead?