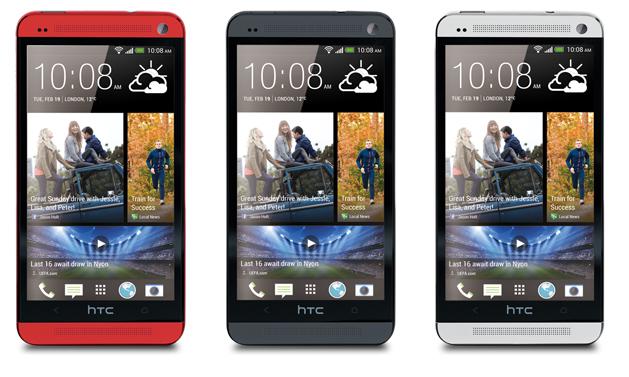 When the HTC One first launched, a red variant of the phone cropped up on the official website. It led many of us (including me) to believe that a Red version of the HTC One would soon hit store shelves. Not long after we reported on the finding, HTC released a statement that no red edition was planned. Of course, we didn't really buy that announcement and figured it would arrive sooner or later.

Handtec, a UK retailer is now listing the HTC One unlocked for $650 and one of the models they have listed happens to be the red edition. It's not clear whether or not Handtec screwed up, or if they are indeed going to have a red version of the One available. Besides, Handtec isn't really all that popular in terms of wireless carriers so it seems strange that they would have an exclusive variant.

We're going to boil this down to a simple mistake for now, but it may turn out to be true later. Regardless, keep in mind that Handtec is currently offering the HTC One with a red variant listed. If it turns out to be true, you might want to order one as soon as possible because they will probably sell like hotcakes.

If I had to make a guess from the start, I would have said that Verizon is going to get the red edition of the HTC One, but now we know that's far from the truth. Especially considering Verizon won't even be offering the HTC One now or in the future.

It's kind of sad to think about really, seeing as the HTC One has one of the most attractive designs on the market currently. A red variant would look just as good, if not better than the black and white options that are currently offered.

Oh well, we can continue hoping and maybe someday that red edition will crop up again for sale. Would you buy the HTC One if it came in red? Would you be angry if HTC released a red variant later, after you already purchased your device in one of the other color options?