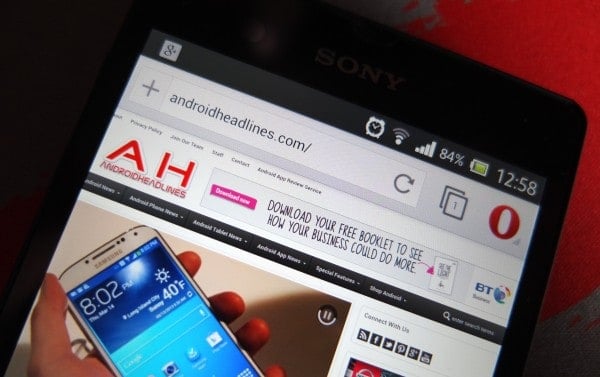 You might remember Opera well, for a long time it was a solid alternative to Mozilla's Firefox and was a much better browser than Internet Explorer. In the last couple of years though, things have changed and whether you're a user of Chrome or not, Google's browser has quickly become the world's most popular web browser. Android is one platform that doesn't shoehorn you into using apps that either you might not want to, or you just want to see what else is out there. On iOS, things are different – each browser is forced to use Apple's rendering engine.

Opera was always a decent browser on Android but, with this latest release, it's caught up, and gotten even better. Some time ago, the company announced that they were switching to a WebKit engine, specifically the Chromium version. There were a number of reasons Opera decided to take this route but, for browser developers these days, speed is the main aim and there's no denying WebKit browsers are fast. Since then, users have been able to enjoy the beta version of this new WebKit-powered version of Opera but now, it's out of beta and available to all on Android.

For browser developers like Opera, it's getting harder and harder to compete with apps on smartphones. Now, it really does seem like there's an app for everything and as much as I love Chrome, I find myself using it less and less thanks to the vast selection of apps on Android. This new version of Opera offers some unique features, without slowing folks down and should be just as smooth as Google's Chrome.

Going forward, Opera have already confirmed that they'll be swapping to Google's Blink, which is the company's new rendering engine forked from WebKit, in future versions of the app when it becomes available in Chromium.

You can hit the Play Store badge below to install this new browser and give it a go. Let us know what you think in the comments!