Tapjoy, the mobile ad network recently began allowing their advertisers to target specific Android devices. Besides this being a pretty cool tool for marketing managers around the world, this new capability also allowed Tapjoy to gather some very interesting data that gives us a big-picture view of the Android ecosystem. Tapjoy’s network includes nearly 1 billion devices with a reach of more than 390 million users around the world. Some of what was found was to be expected, but there are definitely a few surprises along the way. 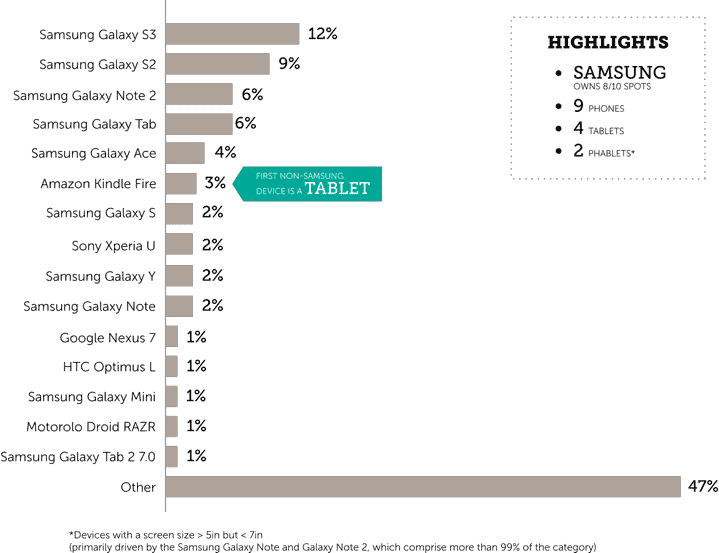 We all know that Samsung is the unofficial official King of Android right now, but the extent of Samsung’s dominance is pretty impressive when you see the graphic above. Samsung makes eight of the top ten Android devices in terms of active users. It is also amazing that the most popular non-Samsung device is the Amazon Kindle Fire. Amazon hasn’t released official sales numbers for the Kindle Fire or the Kindle Fire HD but clearly that isn’t out of embarrassment.  The Samsung Galaxy S, S II and S III combined are responsible for more than 25% of the Android devices being used right now on planet earth. I guess more people are OK with TouchWiz than the comment’s section of any post on Google+ would suggest. 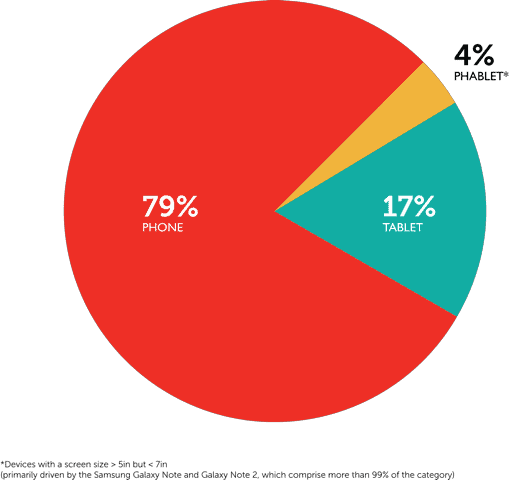 We all know that the Android space consists of more smartphones than tablets. When it comes to smart phones people are looking for flexibility, stability, power, and the ability to customize their experience. Tablets on the other hand are basically used for watching TV/Movies, reading ebooks and news, and consuming other forms of media. Tablets aren’t an extension of our bodies the way our smart phones are, and people don’t place the same demands on their tablets that they do on their smart phones. Lets face it, the iPad has a strong brand behind it and it took Android manufacturers quite a long time to come out with superior tablets. The result is that the iPad has become the Kleenex of tablets. The Android share of the tablet market is continuing to grow as more and more customers realize they can get a far better product for much less money, and I expect this trend will not only continue but accelerate in the future. 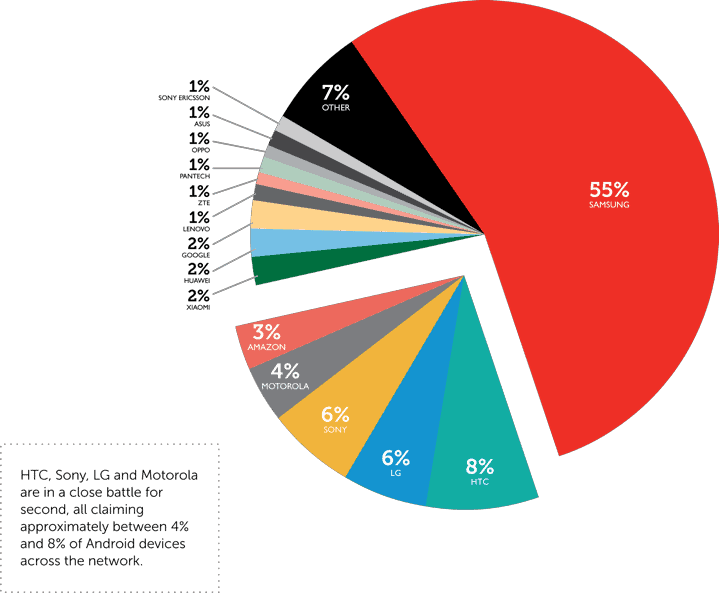 As we saw before Samsung is absolutely destroying every other Android manufacturer in the world for the moment. It is sad to see Motorola falling so far behind. I have a special place in my heart for the Motorola Droid because it was not just my first Android device, it was my first smart phone…  but a 4% market share is what happens when you release mediocre devices that never see updates year after year. Despite HTC’s recent troubles they are holding on in second place with an 8% market share. We will have to wait and see how these numbers fluctuate once we see what Motorola/Google have up their collective sleeves for 2013. The HTC One may also cause some shifts in this data. Obviously HTC won’t be catching up to Samsung any time soon, but we may see some of Samsung’s market share erode as OEMs like LG and HTC release high-quality phones with beautiful designs and powerful hardware.

Setting aside Samsung’s dominance for a moment, who do you think has the best shot at coming in second a year from now? HTC and Motorola are both promising faster firmware updates. LG has made one Nexus so far, and may well be in the process of manufacturing the next one. Amazon is rumored to be working on it’s own phone that we may see go on sale sometime this year. No matter what happens it is great to see that the Android market is vibrant and competitive. Consumers have more choices at more price points and with a wider range of available designs and sizes than ever before. Android is all about have options and that is why consumers around the world love it.