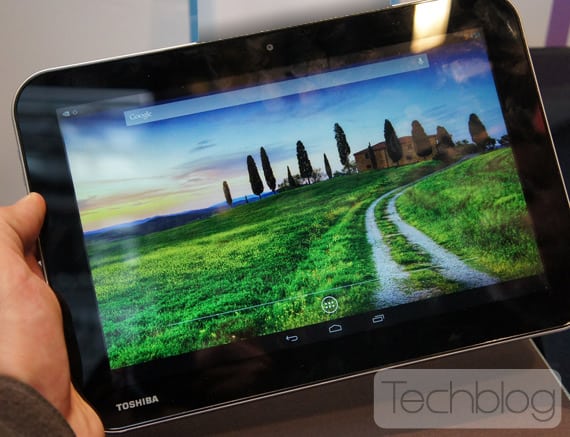 It's been a long time since we heard anything from Toshiba on the Android tablet front and it looks like they've been cooking up something special in that time. We've heard rumors of a new tablet coming from Toshiba for a while now but, Techblog.gr have somehow managed to get some snaps of the upcoming device that show off some interesting features for sure.

The Toshiba AT10LE-A certainly looks like a high-end 10-inch tablet and the Tegra 4 CPU inside seems to confirm things. There's no word on-screen resolution but, we'd hope that Toshiba has the sense to go with a Full HD panel at least. There are a myriad of port options including – as you'll see below – a microSD card slot, microHDMI and a microUSB port.

For the most part, this looks like a normal Android tablet with a pretty special CPU inside of it but, there's also a keyboard dock that looks like it attaches to the tablet as well: 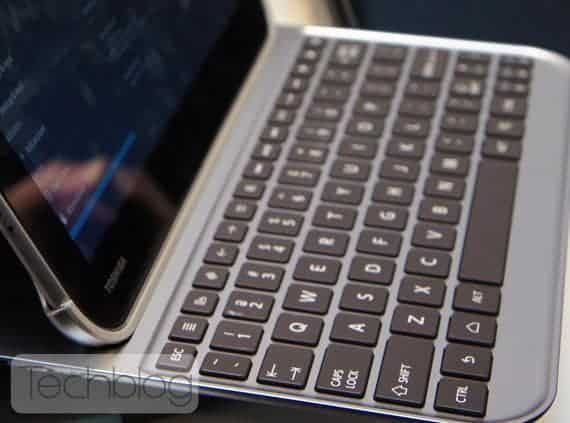 That seems like a quality keyboard to us, and it's been a while since we saw a decent tablet and keyboard combo running Android, maybe this offering from Toshiba is what we've been waiting for. The tablet should be launching with Android 4.2, which only the ASUS Transformer Series comes with at the moment. 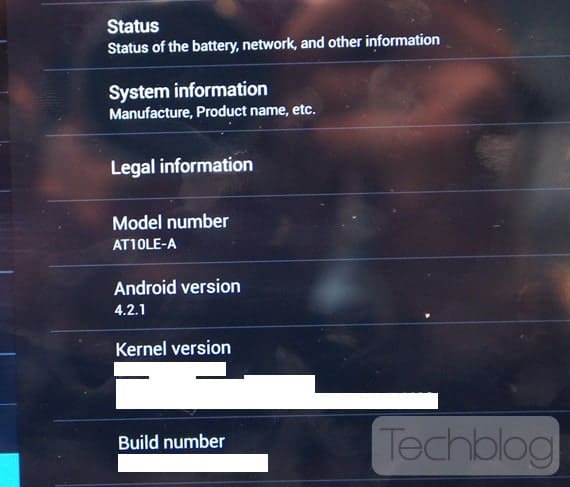 This latest from Toshiba is a bit of a mystery right now but, if there's a device like this out there in the wild then it stands to reason that an official announcement might not be too far away. Which of course, would lead us to pricing, if such a tablet is to be successful it has to be priced reasonably well and needs to provide added value against the Nexus 10 that I think we can all agree is priced pretty competitively.

Would you buy a tablet from Toshiba or not?